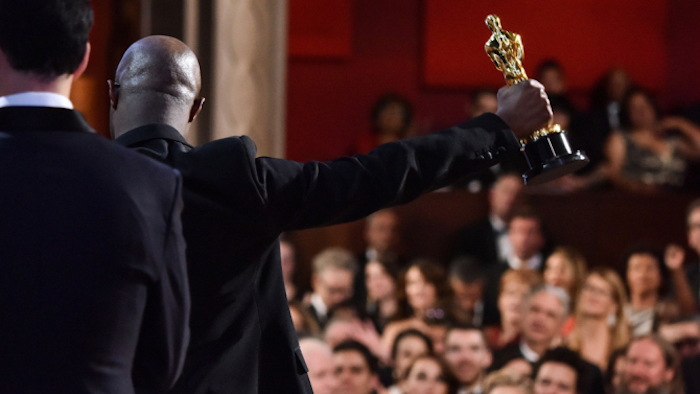 On the heels of a landmark year for diversity at the Academy Awards, the upcoming season may be hurtling toward an #OscarsSoWhite scenario once again.

Other than Dee Rees’ “Mudbound,” Jordan Peele’s “Get Out” and Reginald Hudlin’s “Marshall” — all more likely to be fringe possibilities rather than the heavy hitters “Fences,” “Hidden Figures” and “Moonlight” were last year — contenders from filmmakers of color are going to be lacking.

F. Gary Gray (“The Fate of the Furious”) and Taika Waititi (“Thor: Ragnarok”) will have blockbusters in the marketplace, but they aren’t expected to be Oscar players.

On the acting front, Jason Mitchell is in the mix for “Mudbound,” as well as Kathryn Bigelow’s untitled Detroit project, which also features John Boyega and Anthony Mackie. Chadwick Boseman could make a case for his work as Supreme Court Justice Thurgood Marshall in “Marshall.” Daniel Kaluuya and Betty Gabriel would be inspired considerations for “Get Out,” while Idris Elba — passed over for a “Beasts of No Nation” nomination the year #OscarsSoWhite really took hold — could be someone to watch in Hany Abu-Assad’s “The Mountain Between Us.”

But again, the thread runs out rather quickly. And that’s to say nothing of the lacking representation from Latino and Asian filmmakers and stars, etc.

Elsewhere, three other black filmmakers were nominated for documentary. Barry Jenkins and Tarell Alvin McCraney became just the third and fourth black screenwriters to win. Jenkins was only the fourth best director nominee ever. It was, all in all, a banner year at the Oscars for inclusion on the screen and behind the camera.

Moreover, the paltry list of 13 names mentioned at the top pretty much makes the point about the industry status quo being the culprit. Despite the Academy’s dramatic gestures in cleaning its own house, nothing will change as long as the pool from which voters are asked to pull is so comparatively small.

Two thousand sixteen may have been a high-water mark for diversity, but it was by no means a victory lap.