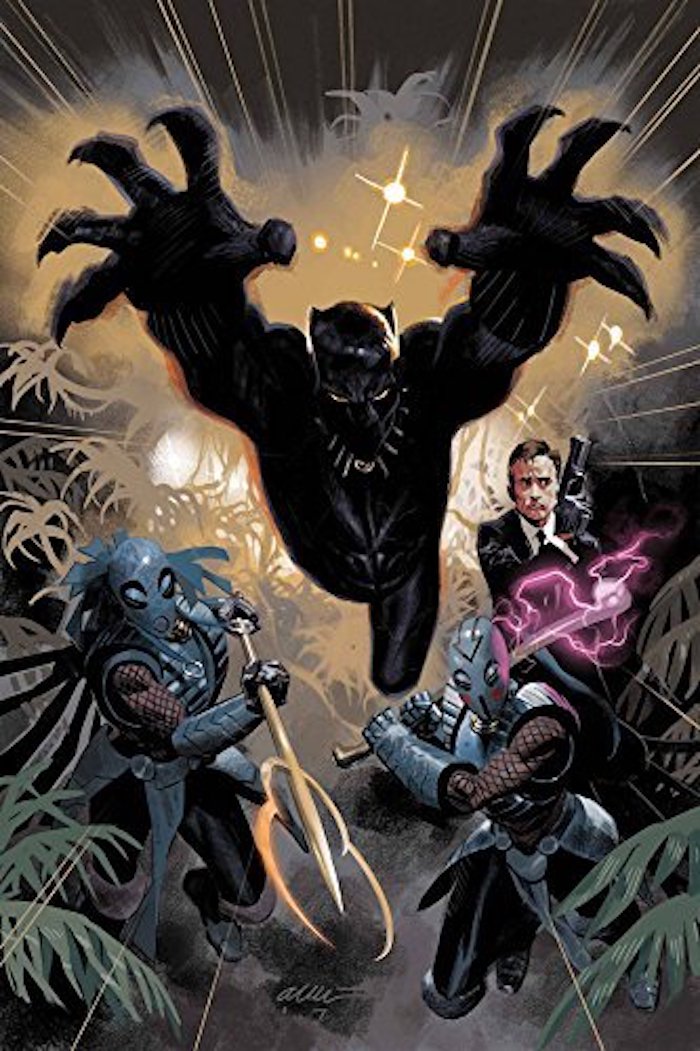 Your favorite teen heroes return to Los Angeles, but it’s not the same city they left so long ago. The Runaways try to stay off the radar, but the sins of their parents won’t make that possible… 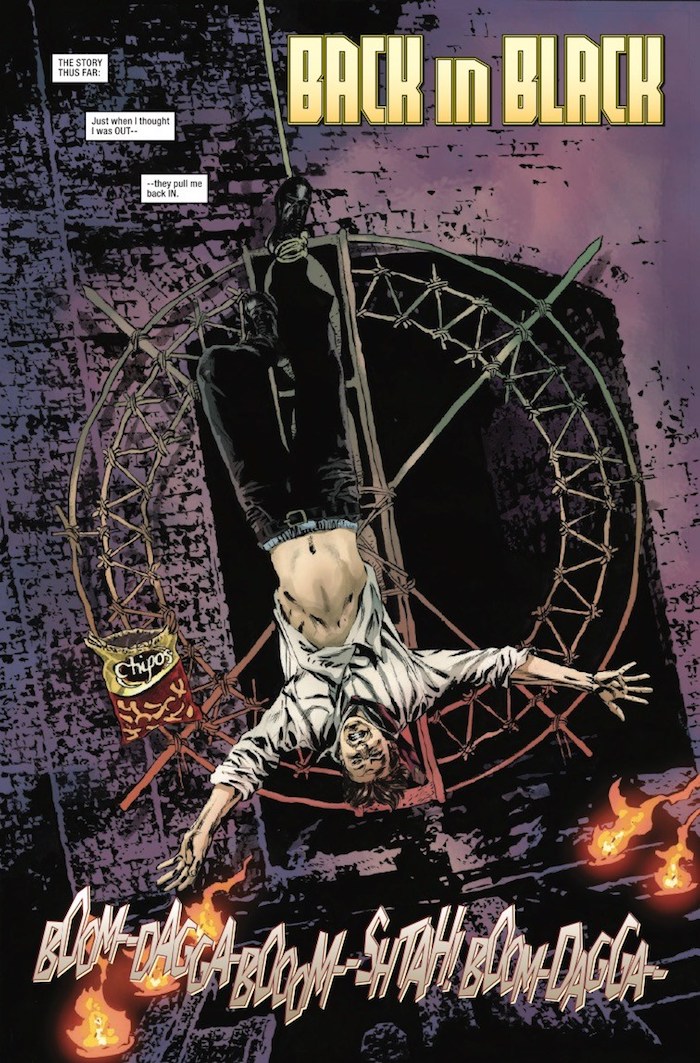 Christopher Priest opens this issue with art by Mike Perkins and colors by Andy Troy. Titled “Back in Black,” this story focuses on agent Ross, who has had one hell of a day. The story is questionable and ridiculous as he attempts to tell his superiors what happened. Shark attacks, Uber shootouts, and more. Priest plays up this character’s rather ordinary perspective even though this extraordinary adventure took place. As the story progresses Priest weaves in a call out to a major Black Panther supporting character and the bond Ross shares with our title hero. It’s a tale that you won’t see coming, but given how important Ross was to the film it’s a welcome tale.

Don McGregor writes the second story with art by Daniel Acuna titled “Panther’s Heart”. This story is nearly all narration and focuses on Black Panther attempting to save a loved one even though the odds are impossible. It’s a touching tale as it proves not even a superhero can win every battle. There are also some dazzling shots of Wakanda and some nice mythical style storytelling involving some mystical flowers.

The third story by Reggie Hudlin, with art by Ken Lashley and colors by Matt Milla entitled “Black to the Future Part II” is by far my favorite. This story is set in the future where Black Panther is a grandfather and Wakanda has risen as a world leader. As Black Panther tells his granddaughter of things he’s done and the wisdom he’s learned Hudlin drops some doozy anecdotes about superpowers being vanquished (Dr. Doom…dead?!) and alliances made between Atlanteans. It’s fascinating how Hudlin weaves in cultural elements like how helping others ends up looking like an attack, or the strategies a king must implement for the betterment of his people. Lashley excels with the art depicting nearly destroyed helmets and trophies helping to convey Black Panther’s historic run as a superhero now in his old age.

One could argue Priest’s story is severely lacking in Black Panther action, the second story with nearly no action at all, and the third mostly focusing on telling a story rather than visualizing it. These are all true statements, but each story is so unique and well told you’ll ignore such quibbles.

An excellent annual particularly because it satiates your Black Panther thirst. Give this a read especially if you’re dying for unique tales all about one character.