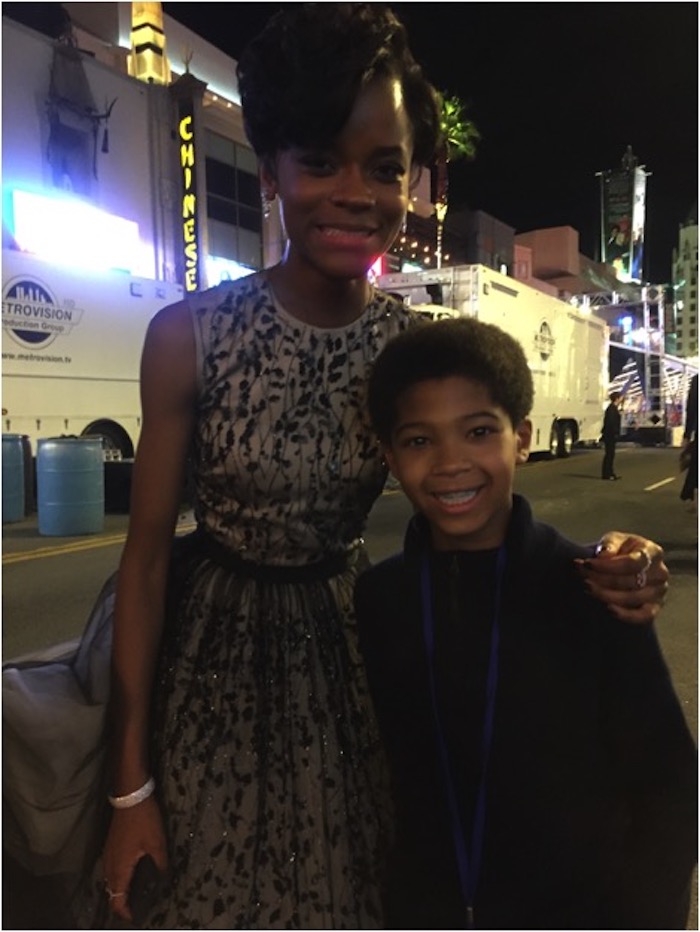 Letitia Wright is a name you need to know. Plain and simple.

The 24-year-old actress is stepping into the spotlight this month with a leading role in Black Panther, portraying T’Challa’s intelligent younger sister, Shuri. Many critics have noted that not only did Wright blow them away with her performance, but that she steals just about every scene she’s in, a feat made even more impressive by the fact that co-star Chadwick Boseman is such a talented actor. This impressive role comes after a celebrated turn in the newest season of Black Mirror, and a critical role on Humans.

It’s clear that Wright chooses her roles wisely, and her turn in Black Panther is no different. While speaking with Variety, Wright as asked why she decided to take on Shuri, and the answer was simple: This character destroys stereotypes.

“On the page, she was really intelligent,” Wright explained. “She was so far from the stereotypes that we see all the time. She likes science and she’s super cool as well. I really liked the fact that she was smart and different; she can be an inspiration. In the comic books, she becomes a Black Panther. She’s a queen in her own right. It’s just a phenomenal part. A cartoon drawing brought to life.”

Of course, the love for this character only blossomed as filming went on and the movie was finished. At the Black Panther premiere, Wright ran into comic writer Reginald Hudlin, who created Shuri, and he had nothing but praise for her performance.

“I met the creator of the character Shuri [Hudlin] at the premiere,” she revealed. “He said it was perfect, and I said, ‘I hope I can continue to grow more with Shuri, if that’s where the future takes us with Marvel.’ Shuri’s young now, but when she grows into an adult, she’s kind of savage. She’s one of the coolest leaders in the comic books.”

For those who don’t know, Shuri goes on to take up the mantle of Black Panther in the pages of Marvel comics. As you’d imagine, Wright would love to see that story play out as the franchise continues, following Boseman as the masked hero of Wakanda.

“We didn’t talk about it in terms of the future,” Wright said of her conversations with director Ryan Coogler. “It was something I feel he was playing with [trying] to set up, but it didn’t happen. Hopefully it does. I’m happy that there’s room to allow Shuri to grow. I wanna sit with her a little bit more.”

Black Panther is set to hit theaters on February 16. Wright can also be seen this year in Steven Spielberg’s Ready Player One, which will be released on March 29.