Chris Rock to Return After 11 Years to Host the Oscars 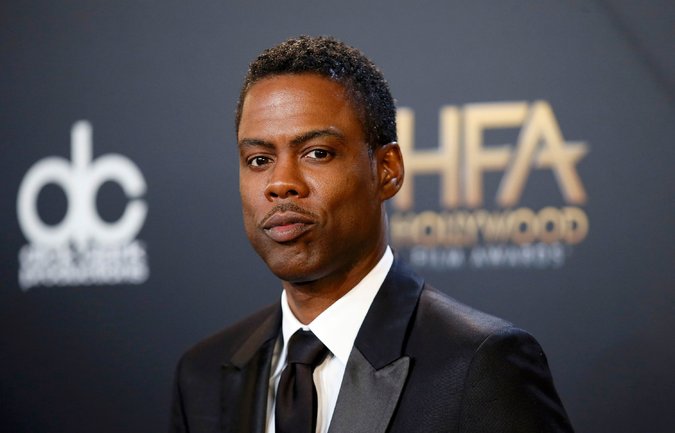 When last led by Mr. Rock, a raucous comic who has also directed films like “Top Five” (2014), the Oscars drew about 42.2 million viewers in the United States, far outstripping almost all recent broadcasts. That performance was in 2005, when “Million Dollar Baby” was named best picture.

In February, the Oscars, with Neil Patrick Harris as host and “Birdman” the best picture winner, slipped to about 37.3 million viewers, down from a recent peak of 43.7 million viewers in 2014, when Ellen DeGeneres was the host and “12 Years a Slave” took top honors.

Mr. Rock’s return follows a year in which the Academy of Motion Picture Arts and Sciences, which hands out the Oscars, was widely criticized for overlooking black acting nominees. Mr. Rock’s presence may bolster the show among African-American viewers, who historically have watched the broadcast in large numbers, significantly raising overall ratings, when the black presence is strong among nominees and performers on the stage.

Whether black actors will fare better in this year’s awards race is far from clear, as handicappers have again pointed toward largely white favorites in most categories. One prominent Oscar watcher, the journalist Anne Thompson, this week listed only one black actor — Idris Elba, for his performance in “Beasts of No Nation” — among the apparent front-runners for the 20 acting nominations in four categories.

In 2005, when Jamie Foxx was named best actor for “Ray” and Morgan Freeman won for best supporting actor in “Million Dollar Baby,” Mr. Rock nonetheless tweaked the Academy for its whiteness. During the broadcast, he introduced two burly black men as the supposed representatives of the accounting firm that tabulates the Oscar votes, and showed a taped segment in which he interviewed mostly black moviegoers, asking if they had seen the best picture nominees. None had, but the interviewees claimed to have seen “White Chicks,” starring two of the Wayans brothers.

That sort of humor — biting but self-aware — might help the Academy recover from last year’s dip, when Mr. Harris, normally an adept awards host, was caught up in song, dance and a perhaps misguided stunt that found him onstage in his briefs, mimicking a “Birdman” scene.

Mr. Hudlin and Mr. Hill in early September agreed to produce what will be the 88th Oscar ceremony, after a search that included several possible producers or producing teams to replace Craig Zadan and Neil Meron, who had overseen the previous three shows.

Mr. Hudlin, a filmmaker and executive with wide experience in movies and television, had earlier produced the Academy’s Governors Awards, a separate ceremony that is not televised. Mr. Hill, a television producer and executive who has worked at Fox and elsewhere, has a substantial history in producing sports and other live television events.

“We were both in violent agreement,” Mr. Hudlin said of an early meeting in which he and Mr. Hill first discussed the possibility of Mr. Rock’s returning as host.

Mr. Rock recently directed an HBO comedy special, “Amy Schumer: Live at the Apollo.” Last year, he directed and starred in the film “Top Five,” about the life and times of a New York City comic and film star being interviewed by a reporter for The New York Times.

While Mr. Rock generally stayed in bounds during his previous appearance as Oscar host — some Academy members privately groused about his jabs at Hollywood — he is known for flirting with danger in his live performances.

In the days after the terror attacks on the World Trade Center, for instance, Mr. Rock showed up in a Los Angeles area comedy club, trying out a comic routine about the attack. Ultimately, he used a somewhat tempered routine at a Carnegie Hall comedy benefit for 9/11 survivors.

At this year’s Governors Awards dinner, set for Nov. 14 in Los Angeles, the Academy is poised to bestow its honorary awards on a lineup that includes Debbie Reynolds, known for classic and somewhat lighthearted entertainment like “Singin’ in the Rain”; Gena Rowlands, who has starred in sophisticated fare like “A Woman Under the Influence”; and Spike Lee, whose bent for sharp-edged social humor and drama in films like “Do the Right Thing” and “Malcolm X” should help set the stage for Mr. Rock.