The film takes viewers inside the underground world of fraternity hazing. 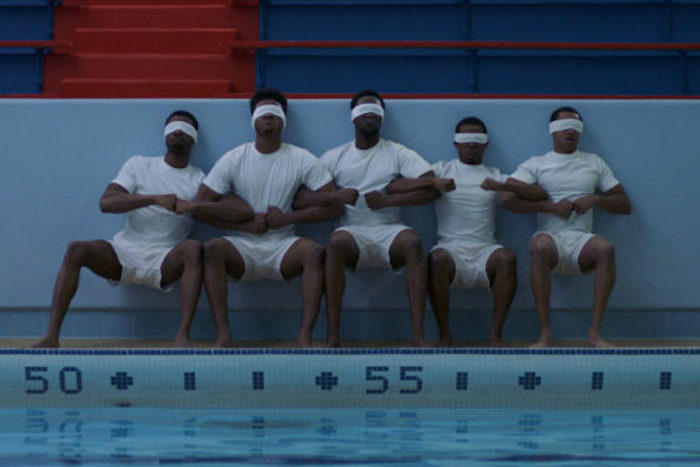 Burning Sands, a powerful Netflix original drama that digs deep into the world of Black Greek life, just dropped its first trailer, and people are talking.

The film takes viewers on a raw, voyeuristic journey inside the illegal fraternity pledge process through the eyes of one interest, who is torn between honoring a code of silence or standing up against the intensifying violence of underground hazing.

While the film may hit close to home for some, it’s based on an outlawed tradition many champion but do not discuss outside of their fraternity or sorority because they adhere to the code of discretion.

Still, folks had a lot to say about the clip on Twitter.

That talent doesn’t stop there, producers of the film include Stephanie Allain (Beyond the Lights), Jason Michael Berman (The Birth of a Nation), Reginald Hudlin (Django Unchained) and Mel Jones (Dear White People).

Burning Sands premiered earlier this year at the Sundance Film Festival where it was selected for the US Dramatic Competition.

Take a peek at the trailer below and let us know in the comments if this film will be added to your “must watch” list.