George Lynch on The Black Godfather 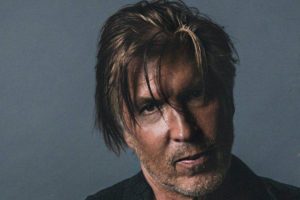 “It was crazy — I was watching a documentary last night called ‘The Black Godfather’. It’s a story of this guy, Clarence Avant, that’s this monumental figure, a very quiet figure, but really pivotal in just any black musician’s career, record, film, concert, anything that was done in the last 50 years with black music, this guy was instrumental in making it happen or involved in, making deals, and advancing his people’s cause… So in this film, Isaac Hayes, Aretha Franklin — everybody is in this film. And all the heavyweights and all the CEOs of the labels — everyone. But [former U.S. president] Barack Obama is featured in it and knew this gentleman very well and speaks very highly of him when he’s talking about him. And I almost was brought to tears listening… I was not a huge fan of Barack. He was too much of a centrist for me; I’m very progressive. It was very frustrating, some of the things that he did. But listening to him speak so eloquently and intelligently and compassionately, with understanding, compared to what we have now, was terrifying.”