‘Marshall’ filming set to begin May 23

Actor Chadwick Boseman isn’t in town yet, but key pre-production crews for “Marshall” have arrived and are prepping for an extensive filming period in Buffalo and other locales.

Filming for “Marshall” is scheduled to begin in earnest around May 23, said Tim Clark, Buffalo Niagara Film Commission executive director, with many of the scenes centered in and around the now-vacant Michael Dillon Courthouse in downtown Buffalo. 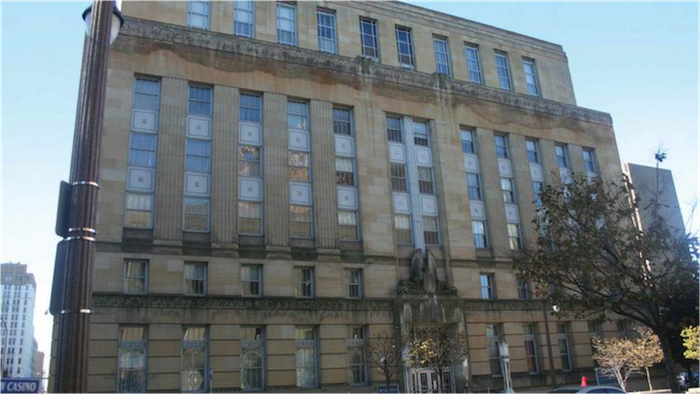 The vacant Michael J. Dillon Federal Courthouse will have a role in a film about Thurgood Marshall, the Supreme Court justice.

Officials peg the economic impact from the movie about Supreme Court justice Thurgood Marshall to be “north of $5 million.”

“The economic impact will be better than the ‘Turtles,’” Clark said.

Last year, portions of the Kensington Expressway were used as the backdrop for a chase scene the upcoming “Teenage Ninja Mutant Turtles” film — due to be released next month. That three-week production left behind a $3 million local economic impact.

Many of the more than 400 crew and extras will be from the immediate Buffalo Niagara region.

“Marshall” tells the early legal career days of Marshall. The movie focuses on Marshall’s career as a young attorney before he was named to the Supreme Court in 1967.

The script centers on Marshall defending a black chauffeur who was accused of sexually assaulting his wealthy socialite employer. The case generated tabloid fodder.

Buffalo was selected, thanks tax credits offered by New York state, an aggressive pitch made by Clark and some additional lobbying from Sen. Charles Schumer. The region’s deep supply of early 20th century architecture was another key factor.

Boseman, whose acting credits include “Draft Day,” “Get on Up,” and “42” stars in the movie. Noted Hollywood director Reginald Hudin, whose resume includes “Django Unchained” and “Boomerang”, is already in Buffalo working with pre-production crews.

Besides the Dillon Courthouse, scenes are expected to be shot elsewhere in Buffalo, Niagara Falls and Batavia.

And, because the movie is set in the 1930s, expect to see a lot of period cars, actors in clothes from that era and, even, street lights and highway signs that reflect that decade.

“It is going to be quite the spectacle,” Clark said. “Everything, even the most minute details, will be true to form.”

Clark said there may be some minor street closures during certain filming periods but the crews are
“Everyone wants it to be as least disruptive as possible,” Clark said.

Clark said he hopes to use “Marshall” as a marketing tool to lure other major movie productions to the region.

“We are building up a resume,” Clark said.