Me And Cousin Chris At Work 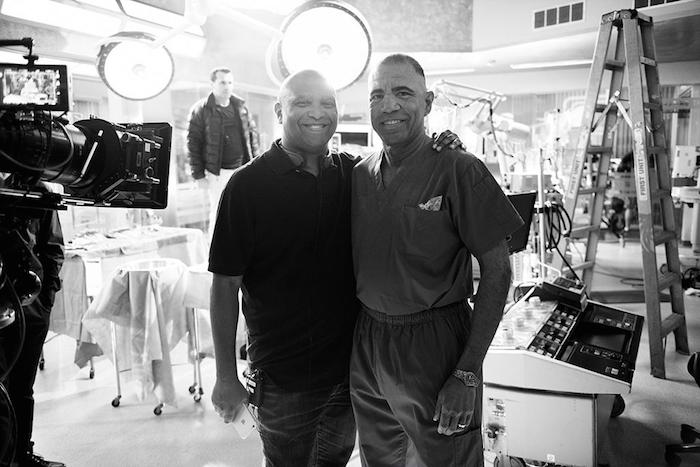 Or “Doctor Chris”, as we call him at our house, to distinguish him from “Uncle Chris” aka my brother.

He’s a surgeon, which automatically makes him that family member you treasure because he’s the one you call to get a second opinion on your every ache and pain. 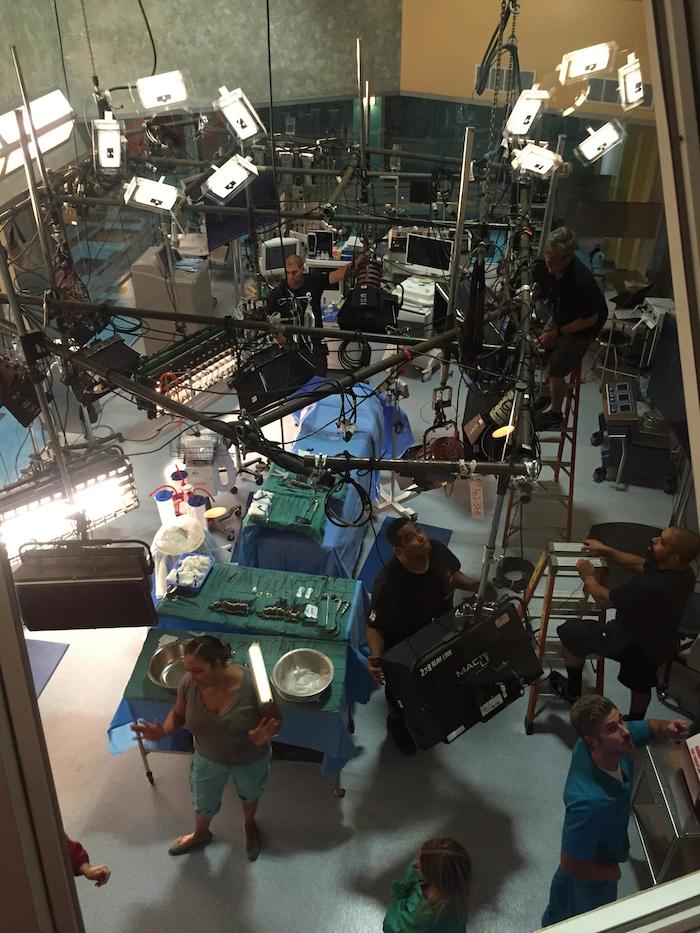 While I was shooting HEARTBREAKER, a new medical show for NBC, I invited him down to visit me on set, which he had never done before. 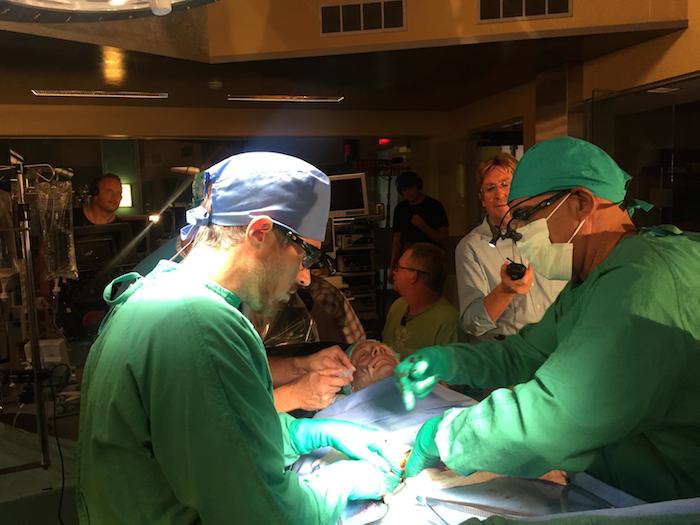 Since he had actually performed the liver transplant we were shooting, he ended up on camera, helping us all make the scene more realistic. 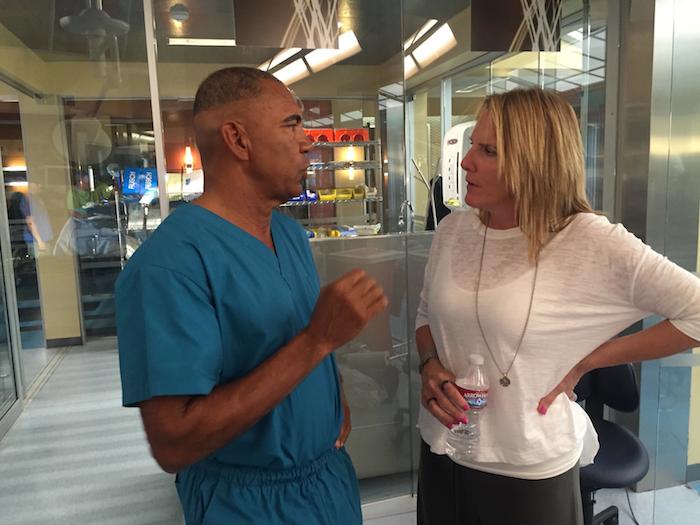 Dr. Kathy Magliato, the doctor whose book is the basis of the show, loved having him on set and they happily talked in a medical jargon far over my head. 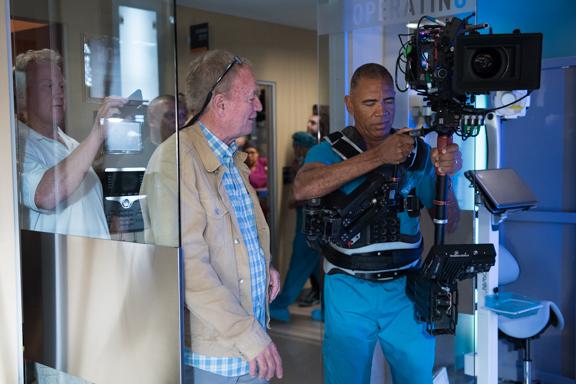 The entire cast and crew loved him, including the camera operators who invited him to try out the steadicam.  Even with the monstrous weight, he took to it quicker and easier than any of us had ever seen. 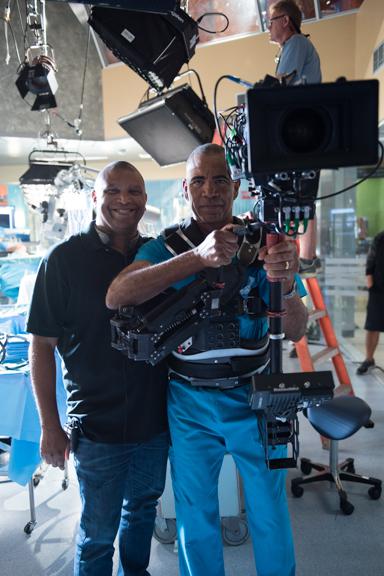