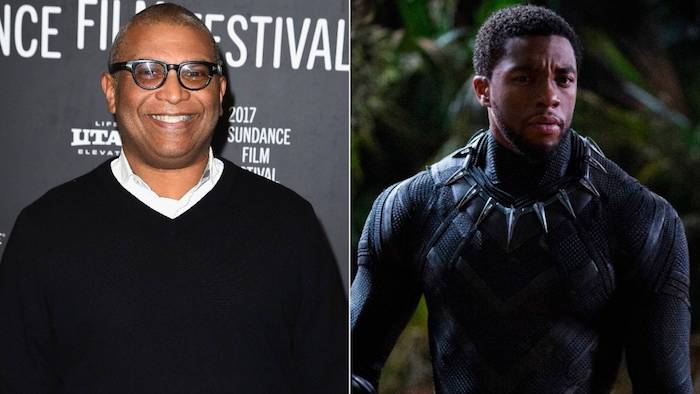 Black Panther wasn’t always a red-hot property. Before there was a blockbuster movie or a Kendrick Lamar-led soundtrack, Panther was a floundering character. T’Challa was created to be as smart as Reed Richards and as talented a tactician as Captain America, but for more than 50 years, the character operated as the token Avenger. Worse, the king of fictional Wakanda never lived up to his commercial potential. That would all change with writer Reginald Hudlin.

Hudlin is better known for his extensive career in film and TV, producing Django Unchained, directing 1990’s House Party, and writing and producing 1992’s Bébé’s Kids. But he was ultimately the perfect man to unify Black Panther. There were excellent arcs, miniseries, and collections involving the character before Hudlin joined as a writer, but it was arguably his run that made the character’s story cinematic.

In February 2005, over the course of six issues, Hudlin made the continent of Africa his canvas and the deep tapestry of Marvel history his paintbrush. Operatic, epic, and easily digestible, Hudlin’s “Who Is the Black Panther?” series is one of the reasons we have the Ryan Coogler-directed film today.

In an interview with MTV News, Hudlin discussed how he got into comic books, the mission statement for his run, and why Black Panther means so much to us half a century later.

MTV News: Do you remember reading Black Panther as a kid?

Hudlin: Yes, I definitely remember reading Black Panther as a kid. My older brother was a big comic-book collector, and I remember his first appearance in the Fantastic Four and reading that and being blown away. I just thought this is the coolest character ever. You know, Black Panther, he’s the first black superhero. The funny thing about comics, very often the first-time characters were kind of perfect in the same way Superman is perfect or Batman is perfect and Captain America is perfect and Wonder Woman is perfect. Black Panther is a pretty perfect character.

MTV News: Through my research, I was going back and rereading Fantastic Four #52 (1966) and I didn’t realize how revolutionary it was, considering how black heroes in the ’30s, ’40s, and ’50s were basically illiterate servants in blackface, and really racist. Then you have this character come on the scene that totally beats the entire Fantastic Four. Do you remember what that feeling was like as a kid seeing a black character accomplish that feat?

MTV News: Do you remember what your mission statement was for writing Black Panther, especially those first six really core issues?

Hudlin: Yes, my friend Christopher Priest had just finished a really legendary run of the book, which was really brilliant in so many ways. But it didn’t sell, and it was really crazy because he was doing this really amazing work and the audience wasn’t appreciating it. So my attitude was, I’m not even going to try to appeal to some of the core comic-book fanbase, because if they couldn’t appreciate Priest, then there is just no pleasing them. I wrote the book to please myself, please people like me, many of whom were either fans who had drifted away from comics or people who may have never read a comic, because they never saw a book like this.

So basically I wanted to write the Public Enemy version of Black Panther, and that sold like hot cakes. By not caring what the audience thinks, we plugged into exactly what the audience wanted. So it was a very rock and roll attitude.

MTV News: Your run seemed to streamline and modernize Black Panther in a way that hadn’t been done before. How did you go about updating the character for a new audience?

Hudlin: Well, part of it was writing the book so that someone who had never heard of the character before could pick up issue one and follow everything that was going on. I didn’t want to burden it with a lot of heavy continuity. The second thing was really remaining true to me some of the core principles that had been established beforehand.

I always thought it was very clear that Wakanda was a country that had never been conquered. So when you think about the implications of what that would mean, then I just wanted to really delineate that, make that clear and play through the implications of that. A lot of people freaked out, like, ‘What are you doing?’ and I’m like, no, I’m doing what [Black Panther creators Stan Lee and Jack Kirby] wrote. I’m going back to the core material.

I also was very happy to use many of the innovations that Christopher Priest had done like the Dora Milaje, the female security team around the Black Panther, a lot of the technology that he had developed.

So I just kind of took all of those ideas and mainly wrote stories that I always wanted to see. You’ll never see black characters talk to one another in comic books, but I figured that the conversation between Luke Cage and Black Panther would be very interesting. I never understood why Storm didn’t date Black Panther. I just thought that there were all these kind of obvious connections that needed to happen, so I essentially made those connections.

MTV News: What do you think it is about Black Panther that resonates with people 50 years later?

Hudlin: I always saw Black Panther as the African equivalent of Captain America. Captain America represents the best of the American spirit. He’s moral. He’s strong. He’s fair. You know, he epitomizes all the beauty of the American experiment, and I felt like Black Panther is the same thing. He represents the morality, the spirituality, the legacy, the toughness, the brilliance of the African continent.