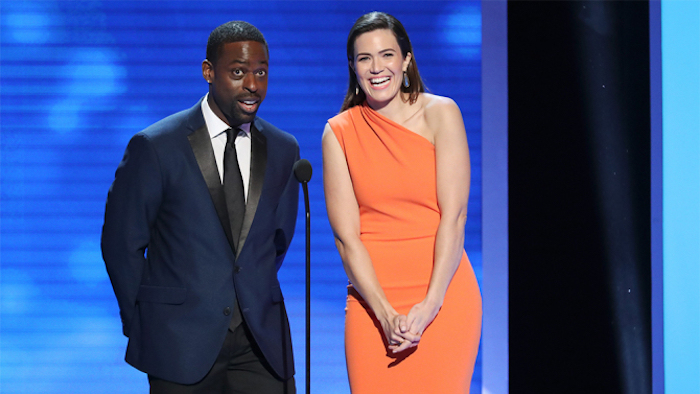 The 48th annual NAACP Image Awards honored the past year in entertainment, specifically spotlighting projects with minority representation. Projects that took home awards included “Hidden Figures,” “This Is Us,” “Black-ish” and “Queen Sugar.”

Upon accepting his 20th NAACP Image award for outstanding actor in a motion picture in “Fences,” Denzel Washington spoke at length, motivating the newer artists who were listening.

“I am particularly happy and proud about the young filmmakers, actors, singers, writers, producers that are coming up behind my generation,” he said, citing “Moonlight” director Barry Jenkins. “It’s not easy. If it was easy, there’d be no Kerry Washington, Taraji P. Henson, Octavia Spencer, Viola Davis, Mykelti Williamson, Stephen McKinley Henderson, Russell Hornsby, and there’d be no Denzel Washington.”

Washington went on, “Ease is a greater threat to progress than hardship, so keep moving, keep growing, keep learning. See you at work.”

While the year’s past achievements in television and film were highlighted, host Anthony Anderson couldn’t help but touch on the present political climate in his monologue. He used the latter half of his speech to commend the legacy of the Obama administration, even asking the nation “to make room on Mount Rushmore” for the 44th president.

It was Trevor Noah, however, who made the first direct jab at the expense of the current commander-in-chief when he said: “This room is so black and beautiful. It’s so black that it looks like a photo negative of the Trump administration.”

“The Daily Show” host went on, “Well let’s get to it; I’m black and an immigrant so I don’t have much time.”

Laughter rippled across the room, where Omarosa Manigault was seated in the center aisle to take it all in. (This all came moments after she praised president Trump for monitoring who comes into the country and calling out Chicago violence. The White House staffer also dropped mention of having a West Wing office.)

Bunch, who is the founding director of the Smithsonian’s National Museum of African American History and Culture in Washington, D.C., accepted his award thanking the NAACP for the part that it has played in history.

“There is nothing more noble honoring all of our ancestors than remembering,” he ended, receiving a standing ovation.

After the ceremony, guests at the Pasadena Civic Auditorium kept the celebration going with cocktails, dinner and live performances in the ballroom next door.

A full list of winners can be viewed here.