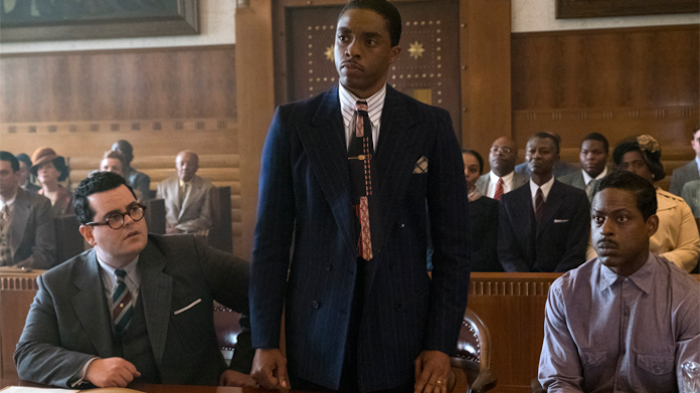 Communities around the U.S. are proclaiming October 2, 2017, “Thurgood Marshall Day” in celebration of the 50th anniversary of the day Marshall was sworn in as the nation’s first African-American Supreme Court justice on October 2, 1967. 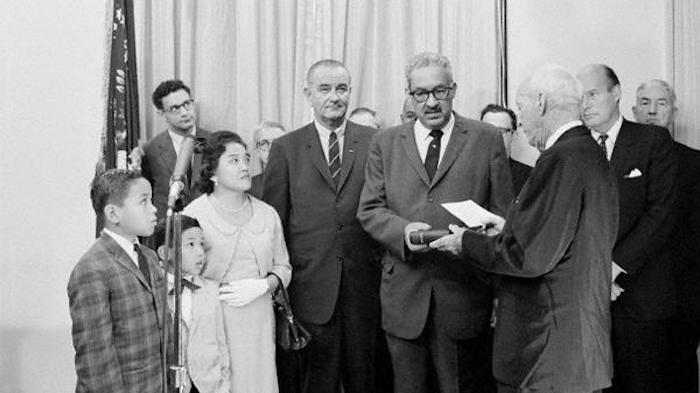 Pennsylvania State Senator Vincent Hughes who introduced the bill declaring October 2 “Thurgood Marshall Day,” which passed the state legislature unanimously, said, “Pennsylvania is proud to be taking part in honoring Thurgood Marshall with a statewide designated day.  His spirit is very much alive in the many civil rights struggles still unfolding in our nation’s courtrooms today, and now more than ever we need to honor and learn from his legacy.” 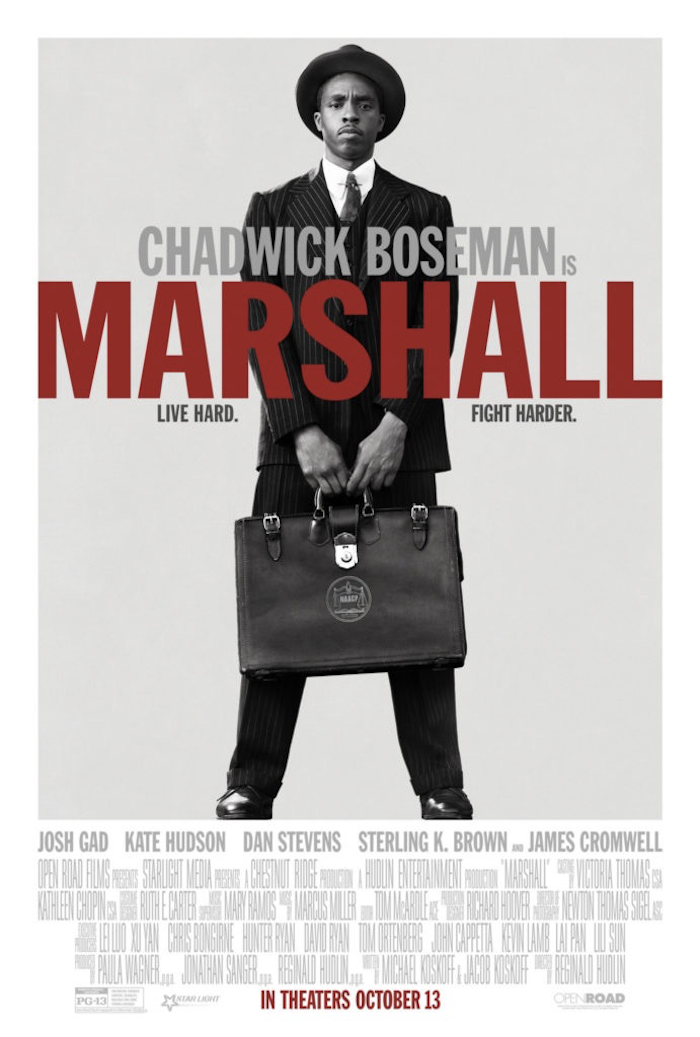 Tom Ortenberg, Open Road’s CEO, added “Thurgood Marshall was a brilliant legal mind, and arguably the most instrumental figure of the civil rights movement in terms of concrete strides towards equality within the justice system. We are proud of the way this film portrays him, and thrilled that cities and states everywhere are recognizing this important anniversary with us.”

“Thurgood Marshall is one of America’s greatest heroes, and I am overjoyed that this film has inspired coast to coast celebrations of his achievements,” said Director Reginald Hudlin.  “It’s more important than ever to remember a man who, more than anyone, brought the promise of the Constitution into reality.”

Other cities and states are being encouraged to join in and designate October 2 a day of celebration and education in their own communities.  “We call on elected and appointed officials in every city in America to join this initiative and declare ‘Thurgood Marshall Day’ in their communities,” says Jackie Bazan of BazanED, the initiative’s organizer on behalf of Open Road Films. “Justice Marshall dramatically changed America in ways that continue to impact our everyday lives. This initiative is an attempt to make people — especially young people — aware of the significance of his work and ensure his legacy.”

As part of an extensive education outreach campaign to heighten awareness of Thurgood Marshall in classrooms and homeschools across the country, BazanED, a leader in motion picture education, is working with officials ranging from city council members to congressional representatives and mayors to organize the initiative.  The project is accompanied by a national education program including pre-release screenings of Open Road Films’ Marshall, a major motion picture that chronicles a pivotal case in Marshall’s early law career. In partnership with African American Universities, museums and cultural centers, Open Road Films will provide free pre-release screenings for 11th and 12th graders in seventeen (17) U.S. cities to take place on October 2. Select screenings will be followed by a moderated post-screening discussion with historians, judges, attorneys and more. Open Road Films is also providing bus transportation to all participating schools in need.  The student outreach program is accompanied by educational curricula developed by BazanED and available to the education community at BazanED.com. The company has also developed curricula for lower-grade students to encourage school districts across the country to honor Marshall by teaching about his life, times and accomplishments on October 2nd.

From his early career as counsel to the NAACP, to his service as U.S. Second Circuit Court of Appeals, and his historical appointments as the first black U.S. Solicitor General and later Supreme Court justice, Marshall argued and decided cases that dismantled institutionalized racism in myriad forms, and shaped the trajectory of the American Civil Rights movement.  As a lawyer, he was instrumental in arguing the landmark Brown v. Board of Education decision, a case that not only cemented his reputation as a preeminent attorney, but became the legal foundation for essential anti-discrimination work for decades to come.