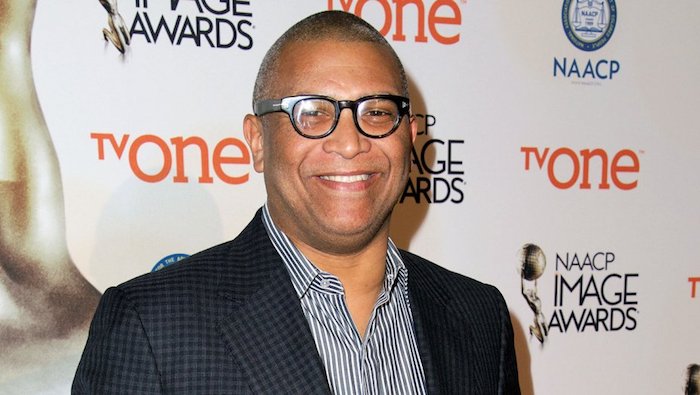 A question about why black dramas don’t work on TV at a party turned into a gig directing ‘City of Angels’ and a strong friendship wth the prolific showrunner, who died Sunday at age 74.

I first met Steven Bochco at a party for Dana Walden [around 1999]. Dana and Steven were very close friends. My wife is very close friends with Dana. In fact, Dana introduced me to my wife. I saw Steve across the room and my wife (then girlfriend) said, “Please don’t bother him.” I said, “No, no, no.” I introduced myself to him and said, “I have a question: I don’t understand why black drama series don’t seem to work on television. You’re such an expert in the field. Maybe you could explain to me why they don’t seem to catch on.” He says, “Funny you should ask that. I’m getting ready to do this black medical drama, and now you’re obligated to work on the show.” So all of a sudden I’m working with him directing City of Angels.

If you look back at the cast, it’s the most unbelievable cast. It starred Blair Underwood, Vivica Fox, Maya Rudolph in a dramatic role before she went to Saturday Night Live, this young actress named Gabrielle Union, whom I had never met before but I knew was going to be a big star. Viola Davis. Almost everyone on the call sheet was a big star or was going to be a big star. So I started working in television through him. I had done some pilots of my own, but working in the Bochco organization is a gold standard of how television should be produced. Everyone is top of their field. There’s no late scripts. No half-written scripts. The actors are fantastic. The scripts are fantastic. The crews are fantastic. As a director, you would have your final meeting with Steven to go over the script and his last words to you were always, “Don’t fuck it up.” Meaning, do your part.

The thing that was special about our relationship: I was doing a couple of episodes. I came to him. I had some ideas, some above-my-pay-grade ideas about the nature and tone of the show. A lot of people were scared of him not because he was a mean guy — he always had an open door — but they were intimidated because they thought, “He’s Steven Bochco.” But I thought, if I were him I’d want to hear them, so I pitched them, and it was a great evolution of our relationship. He liked that I cared enough to go to him, and it started a great friendship.

I grew up watching Hill Street Blues, L.A. Law. They were revolutionary. You can’t just pull out one thing. You can’t just say he had diverse casting before it was cool. You can’t say he had an innovative camera style before anyone in mainstream television. He managed storylines like no one had before. It’s all of a piece. It’s not that he did one thing. He did all those things simultaneously. He was a complete innovator of the medium. I grew up an enormous fan of his.

With all that, there was no arrogance. No airs. He was very comfortable in own skin. But because he was comfortable in his own skin, he liked hearing new ideas and new insights. He was a guy with an insatiable curiosity about life, and for someone known for writing dramas he had an extraordinary sense of humor. I always came out ahead on the exchange. He was teaching me about the business, about how to function in Hollywood.

I can give you recent examples. When I was attached to Marshall as a producer, he had dinner with Paula Wagner, who was the lead on the property and also a college classmate of his. Paula was saying, “We just need to find a director for the project.” Steven told her, “You have a director!” She goes “What do you mean?” He goes, “Reggie! There’s no one better for the job!” He just talked me up with Paula, so she tells me, “Steven thinks you should do it. If you want to do it, you’re the director!” Which was just an incredible thing to do. It wasn’t any kind of plan — it just happened that way.

I remember going out to dinner at Ivy on the Shore with him and his wife and me and my date. When my date left the table to go to the bathroom, he turned to me with great intensity and said, “What are you doing? You need to marry that girl. She’s fantastic.” You look at your life and go, gosh, here we are, married for 15 years. We have two perfect children. And the urgency with which he said it — this is crazy. He enhanced my personal life, my professional life. He was a mentor and he was a friend. He was an exemplar of excellence the way he conducted himself personally and professionally. There’s something to aspire to.