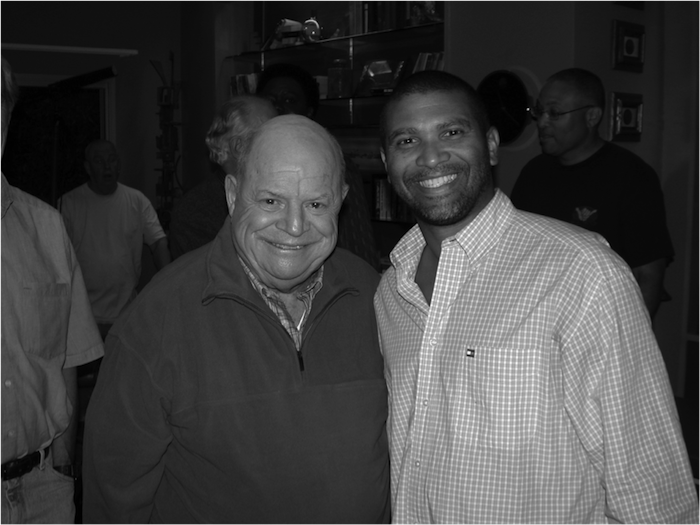 I was a producer/director on the Bernie Mac Show. In the first or second episode I directed on the series, the guest star was Don Rickles! Bernie Mac was a student (and master) of comedy and he loved inviting his comedy heroes on the show.

Like anyone with a sense of humor, I was a huge fan. Working with Legends like Rickles (or Eartha Kitt on BOOMERANG), I get the most stressed out. They’ve done it all, they’ve worked with the best, and I don’t want to disappoint them.

Don made jokes all day, snapping on everyone in the cast and crew, but it was clear there wasn’t a mean bone in his body. He had a shtick, everyone expected it, he was great at it, and it made the day go fast.

At the end of the day, he told me he enjoyed working with me, and for shock effect, gave me a kiss on the lips. He could never just give a compliment otherwise.

Thank you Bernie for the opportunity to work together all those years. During our final lunch he told me “you get better than anyone in Hollywood”. I don’t know who else he said that to, but I was sure glad I was one of them.