Music Doc Directors Reveal How to Film Iconic Artists: “I Knew There Was Stuff That Might Piss Him Off” 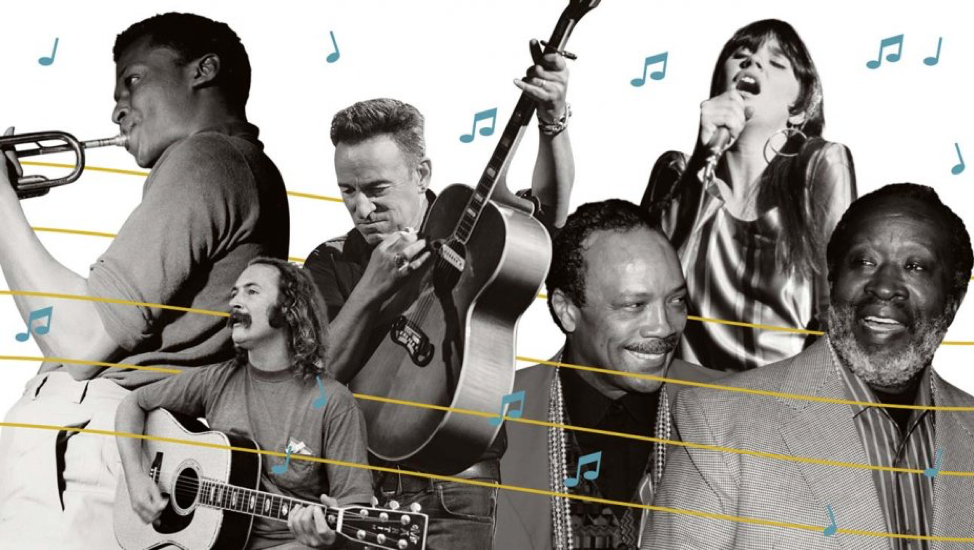 Six of this year’s best doc contenders center on top artists from David Crosby to Linda Ronstadt and the behind-the-scenes locales that illuminated their stardom like The  Apollo and Blue Note Records.

“I love your movie, especially the music,” used to be the best backhanded compliment you could pay a filmmaker. But when it comes to many of this year’s documentaries vying for awards, music is front and center as the star of the show, along with the artists and institutions that created the sounds that have defined American music through the decades.

There are mavericks like legendary music executive Clarence Avant and institutions such as Harlem’s Apollo Theater and Blue Note Records, not to mention legends like Bruce Springsteen and Linda Ronstadt, and David Crosby, the embattled member of the 1970s rock quartet Crosby, Stills, Nash & Young.

Still, no matter the topic, the hurdles are the same — access, archival footage, clearing music rights and burning as few bridges as possible along the way.

“I wasn’t too sure how it was going to go for Crosby because he saw an early version of the film, which was really positive. But we had done some work since then, and there were definitely some corrosive elements,” says Remember My Name producer Cameron Crowe, who knows Crosby from his days as a journalist for Rolling Stone. “He asked me to get involved, and that was based on the trust we had, so it made it pretty easy for me. He was ready to talk, and that sets the ground for the best interviews. Nobody’s pulling teeth.” 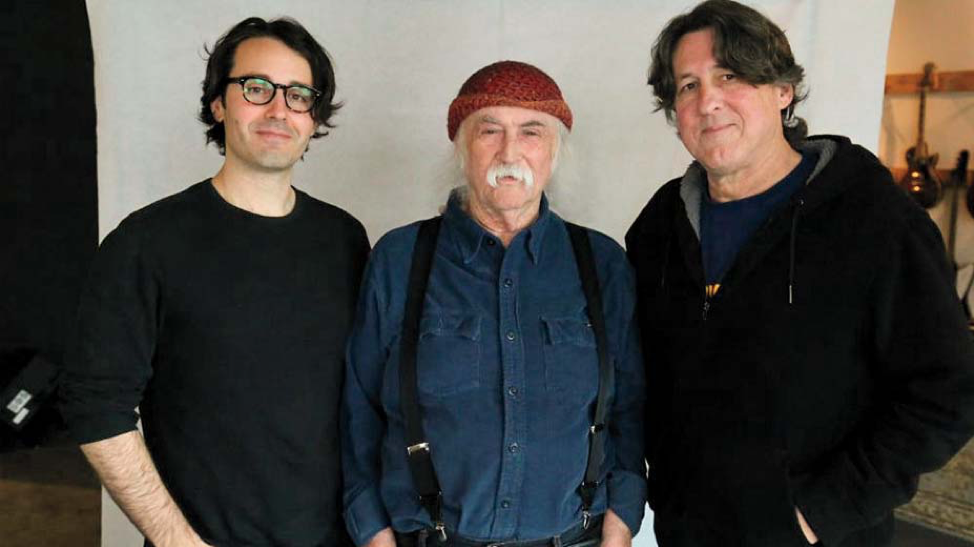 Tell that to filmmakers Rob Epstein and Jeffrey Friedman, who were turned down three times by the subject of their film, Linda Ronstadt: The Sound of My Voice (CNN Films). “She said she was bored to delirium talking about her past and surely we could find a more worthy subject,” says Epstein, whose film includes interviews with Dolly Parton, Don Henley and Bonnie Raitt. “She didn’t think there would be an audience for it.” Ronstadt, who is battling Parkinson’s disease, did not sit for an interview. “We finally convinced her that we didn’t necessarily need her participation if we had her goodwill.”

Finding footage of the multi-gold and -platinum album seller was hardly difficult, but clearing rights ate up a significant portion of the film’s budget. Roger Ross Williams, director of HBO’s The Apollo, had the opposite problem. For him, the issue was finding footage of the legendary performances that have graced the stage of the historic Harlem venue since the 1930s.

“It involved the producer literally going through peoples’ basements, whether it’s ‘Pigmeat’ Markham’s daughter’s house, or Jerry Kupfer, who introduces Amateur Night at the Apollo,” says Williams, calling the loose boxes of three-quarter-inch and VHS tape the unofficial archive of the storied theater. “Tape transfers from the ’70s, moldy old tapes — it was a process.”

He adds that he wished he could have found more of the Amateur Night performances. The series showcasing young talent launched in 1934 and has featured several names that would go on to become music greats, including Ella Fitzgerald, Michael Jackson, James Brown and Lauryn Hill. “There’s a long list of some of the greatest talent in America that won Amateur Night,” he says. “That footage either didn’t exist or was lost.”

For career-defining songs like “Respect,” by Aretha Franklin, “Say It Loud, I’m Black and I’m Proud,” by James Brown, and “Strange Fruit,” by Billie Holiday, the production paid a fee to Universal Music Group. “Otherwise, the music alone would be millions and millions of dollars, and we didn’t have that,” says Williams. “We had to be very creative.”

The independent producers of Blue Note Records: Beyond the Notes had no such luck with their film on the pioneering music label launched in 1939. It nurtured some of the most influential musicians of the midcentury — Thelonious Monk, Miles Davis, John Coltrane and Herbie Hancock, to name a few. “Every little bit we had to clear. Blue Note gave us a break, but it was still a substantial part of the budget,” says director Sophie Huber, whose production, financed mostly by Swiss public funds, paid a flat fee for access to the photo archive.

Director A.J. Eaton of Remember My Name was surprised to find so little footage of Crosby, Stills & Nash, one of the hottest concert tickets of the 1970s. Luckily, one of Crosby’s friends, Bobby Hammer, shot footage of them on Crosby’s boat, the Mayan, with his 16mm camera. Thanks to FotoKem and Technicolor, the production was able to get a 4K digital strike out of a can of film found in Hammer’s garage. “If it would have stayed in that garage for a couple of more weeks, the people at FotoKem and Technicolor told me it may have not been playable. We would have lost it forever,” says Eaton.

Remember My Name has more than 60 music cues, but Eaton and Crowe found most of the musicians amenable to giving them the rights despite raw feelings for Crosby, the iconic musician known as a founding member of both The Byrds and Crosby, Stills & Nash who has strained relationships with some of his past collaborators. “It’s funny, they still kind of feel a kinship, even if it’s a tattered one. So they were pretty good about letting us have their song,” says Crowe, noting that each cue has its own contingencies.

For Netflix’s The Black Godfather, director Reginald Hudlin found himself calling in favors not on his own account, as the Oscar-nominated producer of Django Unchained, but on account of his subject, fabled music executive Clarence Avant. “You don’t lead with my name when you go into a meeting. The name you lead with is Clarence,” says Hudlin. “Everyone wanted to cooperate to make it happen.” Everyone included Avant, who contacted Hudlin through his daughter, former U.S. Ambassador Nicole Avant (who is married to Netflix’s Ted Sarandos), with the idea of making the movie. 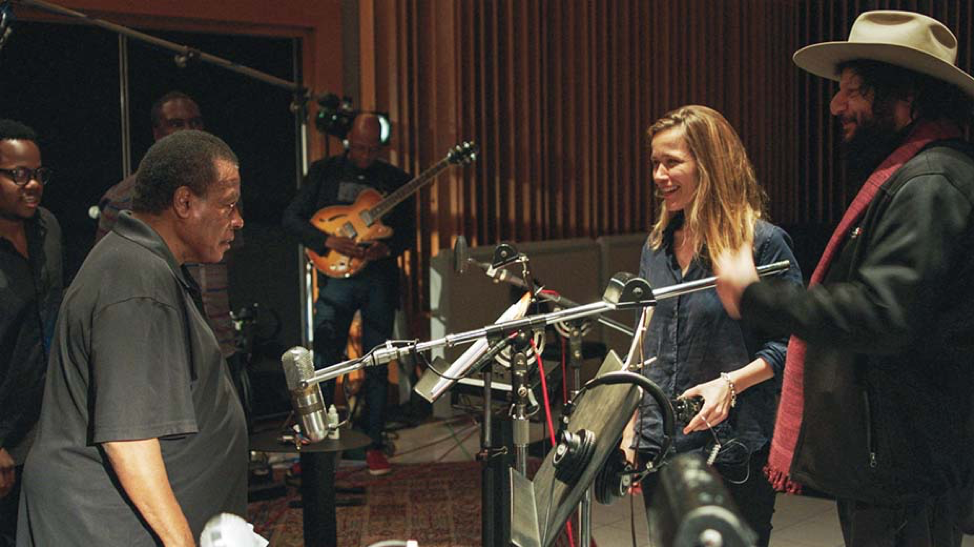 While opportunities don’t come easier than that, none of the filmmakers in the category had it like Thom Zimny, co-director of Warner Bros.’ Western Stars, the concert film of Springsteen performing his latest album of the same name with a 30-piece band. Zimny, a longtime collaborator of Springsteen’s who most recently directed his Netflix concert special, Springsteen on Broadway, was given full access while filming over two days in Springsteen’s private barn in New Jersey with about 15 of the music legend’s closest friends.

“The beauty of working this close with Bruce is that I have the trust. So Bruce would be open to using home videos or stills from his own collection,” says Zimny. “I had the advantage of being open to the spontaneity that comes with having all the years together.”

Springsteen, who has co-directing credit with Zimny, is presumably happy with Western Stars, but what about the rest of the subjects? Epstein was nervous to hear what Ronstadt would think of The Sound of My Voice. “She came and sat in the back row. So we couldn’t really see her response as we were watching the film,” recalls Epstein. “But afterward, she said, ‘You did a good job. I don’t usually say this, but I don’t have any notes.’ “
Clarence Avant called Hudlin periodically asking about The Black Godfather. “What’s taking so long? What’s in it? I don’t want to know,” he told the director, who didn’t show him the film until it was locked. Then, over lunch: “You guys got me,” Avant told him. “I dropped a tear.”

Eaton and Crowe were unsure how Crosby, 78, would react to their film right up until its world premiere at the Sundance Film Festival in 2019. “The film ended, and I was a few feet away and I was looking at him and I really did not know how it was going to go,” Crowe recalls. “He shot me one look that was really fierce. He gave me final cut, but I knew there was stuff that might piss him off. You kind of want that moment because if everybody’s real happy with the way they came off, you might be looking at an EPK. But the audience wrapped their arms around Crosby, and from that moment on, he became our greatest voice.”