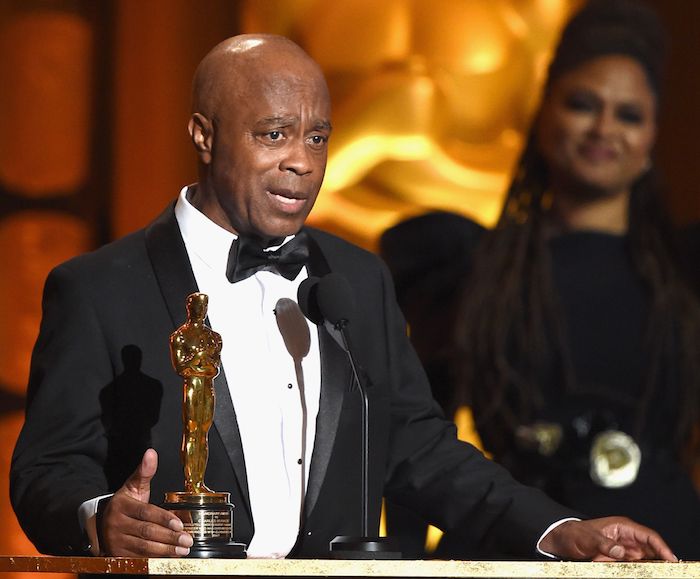 This is more significant than it might initially seem on the surface, given that Charles Burnett, director of Killer of Sheep – universally considered a landmark of American independent cinema – has never been formally and publicly recognized by the Academy (he’s never been nominated, nor won any Oscars, whether official or honorary); something that some would consider a travesty given his influential and celebrated body of work (which also includes significant works like To Sleep With Anger and My Brother’s Wedding), as well as what he has meant to independent cinema since his years as a member of the L.A. Rebellion film movement of the late-1960s to the late-1980s, notable for having created a Black Cinema of the period that challenged classical Hollywood depictions of working and middle-class black life.

His magnum opus, Killer of Sheep, which examines black life in Watts in the mid-1970s through the eyes of a sensitive dreamer who is growing detached and numb from the psychic toll of working at a slaughterhouse, was shot on location during a series of weekends on a budget of less than $10,000, most of which was grant money. Finished in 1977 and shown sporadically, its reputation grew until it won a prize at the 1981 Berlin International Film Festival.

Since then, the Library of Congress has declared it a national treasure as one of the first fifty on the National Film Registry; and the National Society of Film Critics selected it as one of the “100 Essential Films” of all time. However, due to the expense of the music rights, the film was never shown theatrically or made available on video for years. It was only been seen on poor quality 16mm prints at few and far between museum and festival showings.

Thirty years after its debut, the film was restored and transferred from a 16mm to a 35mm print by the UCLA Film and Television Archive and Milestone Films, thanks in part to a donation from filmmaker Steven Soderbergh. It then received a limited release, with a DVD release in late 2007.

And this year (2017), Milestone celebrated the 40th anniversary of the film – still timeless, relevant and beautifully stark – giving it a theatrical run that kicked off at the IFC Center in New York City.

The Academy finally officially recognized Burnett and his contributions to cinema when the Board of Governors of the Academy of Motion Picture Arts and Sciences voted September 5 to present an Honorary Award to the veteran filmmaker, in a ceremony that took place on Saturday, November 11, 2017, at the Academy’s 9th Annual Governors Awards in the Ray Dolby Ballroom at Hollywood & Highland in Hollywood, CA.

“This year’s Governors Awards reflect the breadth of international, independent and mainstream filmmaking, and are tributes to four great artists whose work embodies the diversity of our shared humanity,” said Academy President John Bailey.

The Honorary Award, an Oscar statuette, is given “to honor extraordinary distinction in lifetime achievement, exceptional contributions to the state of motion picture arts and sciences, or for outstanding service to the Academy.”

I think I speak for many when I say, it’s about time, and congratulations to Charles Burnett! Although, preferably, the Governors Awards celebration would’ve been a televised event that aired nationally, introducing the honorees to audiences who aren’t already familiar with their work, as is the case with Mr. Burnett especially, who remains largely unknown outside of cineaste circles.

To honor the filmmaker during the ceremony, Reginald Hudlin and Ava DuVernay both spoke during the evening, as part of the award presentation to Honorary Award recipient Burnett. Of course the man of the hour was also on-hand to receive his Oscar statue with an acceptance speech. Thankfully, the Academy has released videos of all 3 moments which are embedded below, in chronological order as they occurred during the event:

— And finally the recipient himself, Charles Burnett.