One of the coolest days this semester was on October 30, when the comic book class I’m co-teaching was held in the university library. We had the students watch an episode of Black Panther, the television series, written by Reginald Hudlin.

The majority of the class (65 people) had somehow not previously heard of that version of Black Panther, so my co-teacher and I came off as the village champions by introducing students to the series. It was cool watching the episode in the library, as people passing by came over and watching with us. Good times. 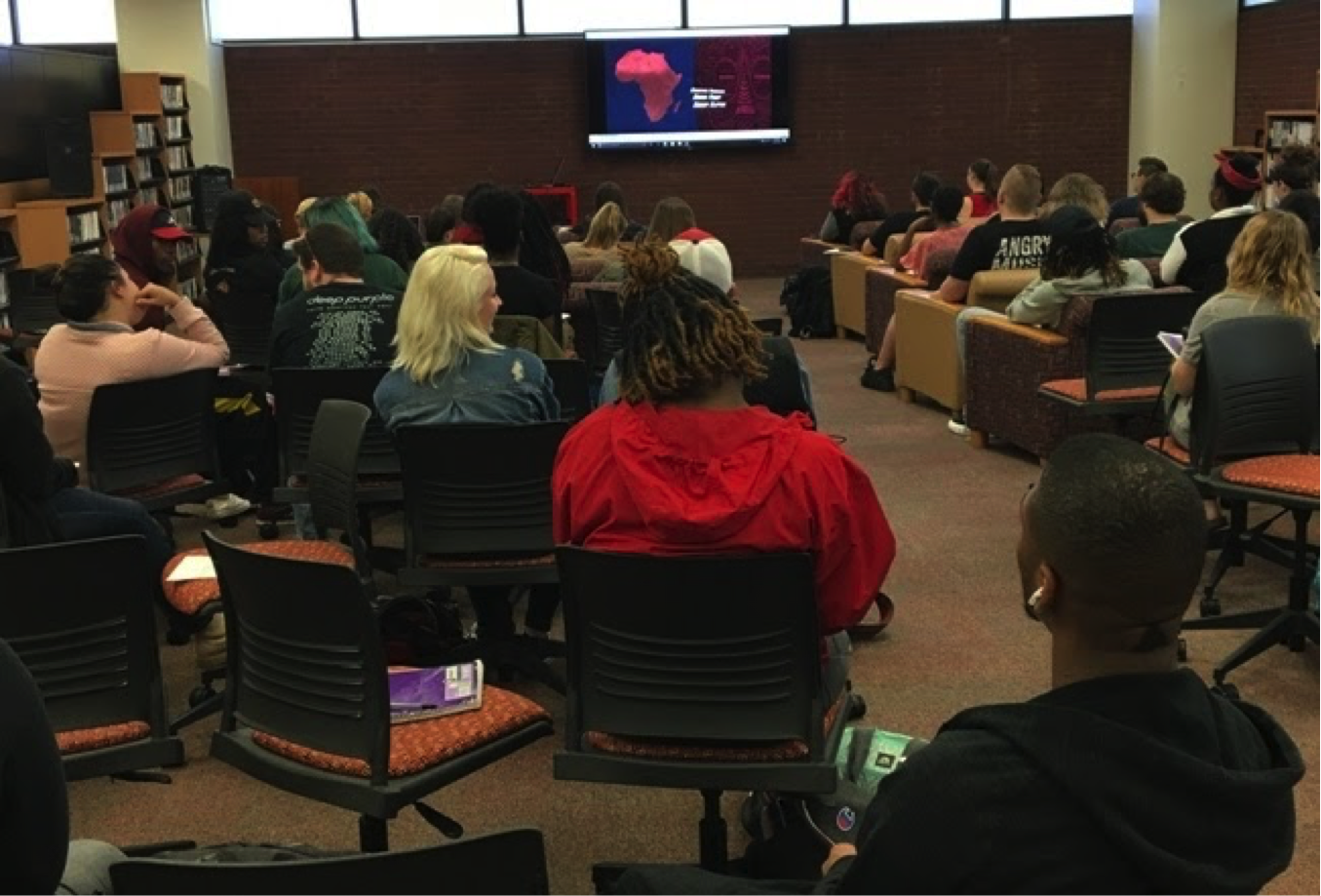 I was especially excited to show and discuss Hudlin’s Black Panther (he also wrote a comic book series of the title) because he was born and raised in the area. I’ve been mentioning him and his work all semester to the students, highlighting that a bonafide major comic creator has roots in our region.