Reginald Hudlin is unique in the entertainment business because of his success as a writer, producer, director and executive. To quote cultural critic Jimi Izrael,
“Hudlin is a modern-day Gordon Parks, a true monster in the game who totally re-did the blueprint: what some people used to call a renaissance man. I dig him because he made me think outside of the box. Hudlin writes and directs movies, pens a comic book, and he was running BET. That’s multi-tasking for your ass.”

Reginald grew up two doors down from the childhood home of Tina Turner, and two doors down on the other side from Brother Joe May, a famous gospel singer, placing him two doors away from heaven and hell.

Warrington Hudlin Sr., Reginald’s father, ran his own insurance agency and was involved in a wide array of civic charities. He was the founding president of the local State Community College. 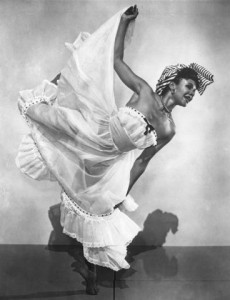 Ms. Dunham’s programs had a transformative effect on the community and led directly to Reginald’s older brother attending Yale, which in turn led to Reginald attending Harvard.

That short film lead to a deal with New Line Cinema to write and direct a feature film version of HOUSE PARTY, which starred Kid and Play, Martin Lawrence and Robin Harris. The film won the prestigious Filmmakers Trophy and the Best Cinematography Award at the Sundance Film Festival and also received the Clarence Muse Youth Award and a New Visions, New Voices Award from the Black Filmmakers Hall of Fame.

HOUSE PARTY is one of the most profitable films of its decade and was critically acclaimed, receiving reviews from film critic Roger Ebert, the New York Times, Time, Newsweek and USA Today. The film launched a franchise, inspiring three sequels; a Saturday morning animated series and a comic book. When New Line Pictures successfully raised 100 million dollars in a public stock offering, HOUSE PARTY was the only film touted in their advertising campaign to the financial markets.

While directing BOOMERANG, Reginald also wrote and produced BEBE’S KIDS, the first African American animated film. BEBE’S KIDS was based on the comic routines of the late Robin Harris, who played “Pop” in HOUSE PARTY.

Hudlin then created COSMIC SLOP, a Twilight Zone style anthology hosted by George Clinton for HBO. The special went on to win two CableAce Awards and is still taught in universities across the country.

Sean Hannity referenced Cosmic Slop during Obama’s re-election campaign. Since one of the stories, SPACE TRADERS, was written by former Harvard Law professor Derrick Bell, who was one of Barack Obama’s mentors, Hannity then researched Hudlin’s donations to the Obama campaign and saw a wide range conspiracy at work. Hudlin views this accusation with pride.

That film was followed by THE LADIES MAN with Tim Meadows, Will Farrell and Julianne Moore and SERVING SARA with Matthew Perry, Elizabeth Hurley and Cedric The Entertainer.

Hudlin adapted Quentin Tarantino’s original screenplay for DJANGO UNCHAINED into a graphic novel. He is the executive editor of the direct to comic book sequel, DJANGO/ZORRO.

The next film Hudlin produced was Gerard McMurray’s BURNING SANDS, starring Trevor Jackson, Alfre Woodard, Steve Harris and Trevante Rhodes for Netflix. It’s a powerful drama that digs deep into the world of Black Greek life that people could not stop talking or tweeting about. Reactions to the film had Twitter going crazy. Critics agreed, the film garnered tons of praise and is fresh on Rotten Tomatoes.

During his more than three year tenure as the first President of Entertainment for Black Entertainment Television, Hudlin created some of the highest rated shows in the history of the network including the award-winning KEYSHIA COLE: THE WAY IT IS; AMERICAN GANGSTER; and SUNDAY BEST. Under Hudlin’s stewardship, BET had its first ever telethon, which supported Hurricane Katrina relief efforts. He created the BET HIP HOP AWARDS and the BET HONORS – two successful network franchises. He created a profitable home entertainment division for the network and completely rebuilt the news division, which went on to win 13 awards in two years.

Hudlin was a producer and director of THE BERNIE MAC SHOW and directed the pilot of EVERBODY HATES CHRIS. Hudlin has also directed episodes of sitcoms like MODERN FAMILY, MARRY ME, THE OFFICE, THE MIDDLE, WEIRD LONERS, BAD JUDGE, OUTSOURCED, SONS OF TUCSON, BETTER OFF TED, FRIENDS WITH BENEFITS and ARE WE THERE YET?, as well as dramas like BONES, MURDER IN THE FIRST, PSYCH, RAISING THE BAR and CITY OF ANGELS.

Reginald has produced the 44th, 45th, 46th and 47th NAACP IMAGE AWARDS for TV One. The live broadcast and the red carpet pre show (which he also produced) for the 44th and 45th were the two highest rated shows in the history of the network.

Reginald continued that streak by producing the 48th NAACP IMAGE AWARDS for TV One in 2017. Winners included such stars as Denzel Washington, Taraji P. Henson, Janelle Monae, Octavia Spencer, and Dwayne “The Rock” Johnson. Here’s an inside look at the red carpet and show.

One of Reginald’s bucket list items was fulfilled when he produced THE BLACK MOVIE SOUNDTRACK in association with the Academy of Motion Picture Arts and Sciences at the Hollywood Bowl. Hosted by Craig Robinson and featuring an all-star musical line up, it was a critical and commercial success. It has become an event that happens every other year.

He didn’t stop there. He went on to complete a crowning achievement in his third collaboration with the Academy of Motion Picture Arts and Sciences, executive producing The 88th Academy Awards.

Later that same year Hudlin executive produced the revival of SHOWTIME AT THE APOLLO. The special featured elements of the Apollo’s weekly Amateur Night competition, which has been running for 82 years and helped launch the careers of artists such as James Brown, Stevie Wonder, Lauryn Hill, Michael Jackson and The Jackson Five and D’Angelo. The show was hosted by Steve Harvey.

Another one of Reginald’s dreams came true when he was commissioned to write THE BLACK PANTHER comic book series for Marvel Comics. THE BLACK PANTHER is the most successful black super hero series ever, and Hudlin went on to adapt a six episode animated series, which became the top selling DVD in the Marvel Knights home video line.  Hudlin also wrote an award-winning run of SPIDER MAN, Marvel’s flagship character.

Hudlin met Aaron McGruder when he was still an undergraduate writing and the drawing THE BOONDOCKS for his college paper. Hudlin helped develop the strip as it went national, then was executive producer of the animated series. Hudlin also co-authored the graphic novel BIRTH OF A NATION with McGruder, with art by Kyle Baker.  BIRTH is a comic novel about Hudlin’s hometown of East St. Louis seceding from the United States. The Random House publication received glowing reviews in Time, Entertainment Weekly and Publisher’s Weekly, among others.

Hudlin is now a partner in Milestone Media, a comic book company that develops and produces properties for a wide range of media. 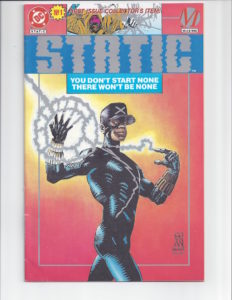 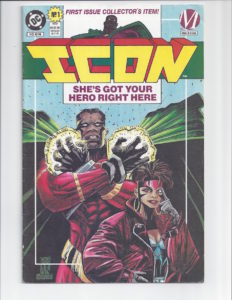 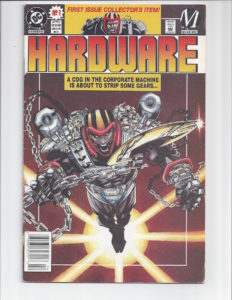 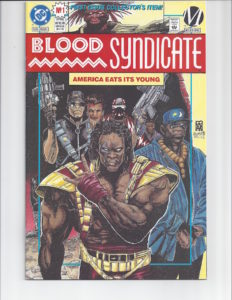 Hudlin is also a founding partner of New Nation Networks, a joint venture with Google to create premium content for the web.

He’s also directed videos for George Clinton, Heavy D and The Boyz and other artists.

Reginald has been a featured speaker at Vermont Law School; the John F. Kennedy School of Government at Harvard University; Yale University; the Montclair Art Museum; The Directors Guild; the Academy of Television Arts and Sciences; the American Bible Society; the San Diego Comic Con; and more.