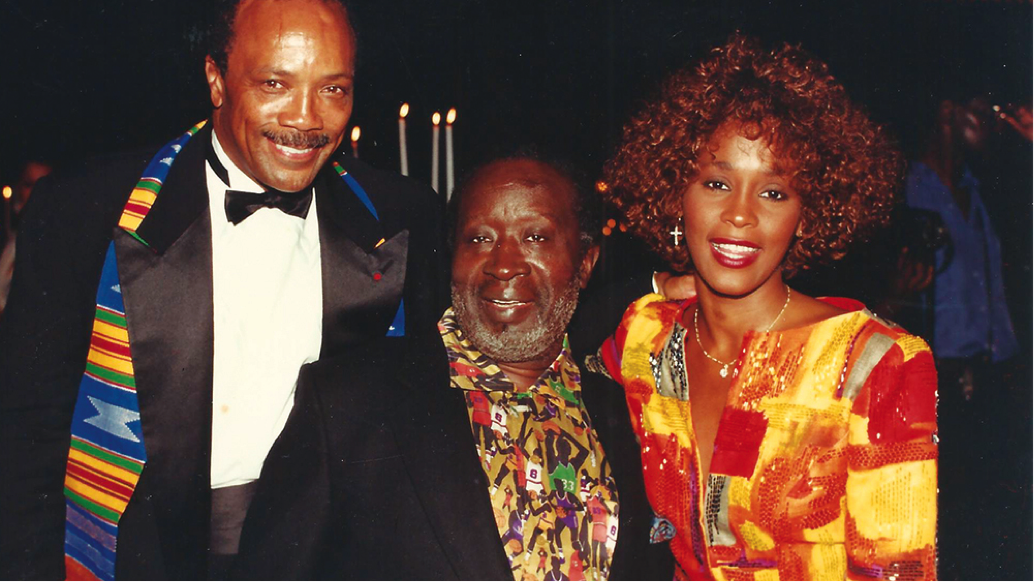 Hudlin spent three years making what he terms “a secret movie” about Avant, the music executive who rose from a manager of jazz artists in the 1950s to discovering Bill Withers, producing black-oriented theater productions and films, launching one of the first fully black-owned radio stations and offering his advice as a mentor to countless artists and executives.

In “The Black Godfather,” premiering June 7 on Netflix and in select theaters, Hudlin chronicles Avant’s life, from fighting his way through Jim Crow America to eventually having an impact on luminaries as diverse as Quincy Jones (pictured above, at left, with Avant and Whitney Houston), Muhammad Ali and Bill Clinton. (Worth noting: Netflix’s chief content officer Ted Sarandos is Avant’s son-in-law; in 2009, Sarandos married Nicole Avant, who served as Obama’s U.S. Ambassador to the Bahamas.)

Avant was a true behind-the-scenes mover and shaker: He helped save the Stax and Motown labels at different junctures in his career; counseled MGM and ABC in the 1970s on how to deal with black American culture; and redefined the industry for entertainers of color. Today, Avant is  a go-to adviser for hit-makers such as Jimmy Jam and Terry Lewis, L.A. Reid and Babyface. Jamie Foxx also features prominently in “The Black Godfather” — the actor starred in 2012’s Oscar-nominated “Django Unchained,” on which Hudlin served as producer, and was also on hand for Avant’s 2016 star dedication on the Hollywood Walk of Fame.