“Groundbreakers: Heroes Behind The Mask” Now Available On Demand, Online or by Saying ‘Black Film and TV’ into the Xfinity X1 Voice Remote 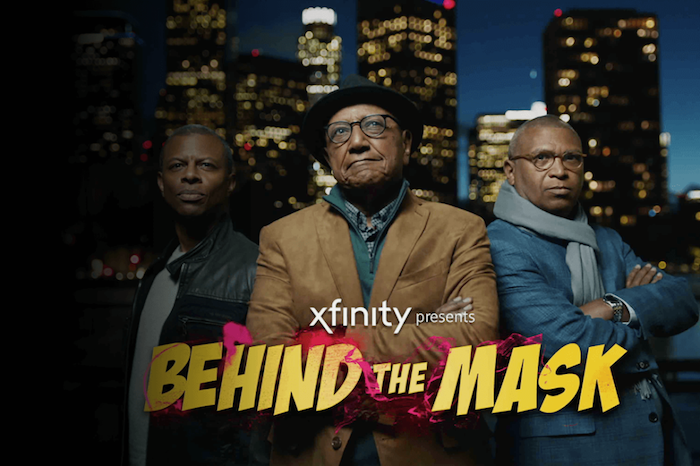 In celebration of Black History Month, Comcast launched a new short film that puts a spotlight on some of the talented contributors behind America’s favorite superhero stories, shows and movies. “Groundbreakers: Heroes Behind The Mask” is a 12-minute short film that includes interviews with:

The short film will be available starting today within the “Black Film & TV” destination on Xfinity on Demand, online at xfinity.com/discovermore, on the Xfinity Stream app or by saying ‘Black Film & TV’ into the Xfinity X1 Voice Remote.

“Comics, sci-fi and animation have long been popular genres within the African American community,” said Keesha Boyd, Executive Director, Multicultural Consumer Services, Comcast Corporation. “We hope viewers will be inspired by this content and learn more about the powerful contributions this community has made to the world of sci-fi entertainment.”

In addition to “Groundbreakers: Heroes Behind The Mask,” Xfinity On Demand will offer several new films celebrating historical heroes this February including ‘Voices of the Civil Rights Movement,’ BET’s “Madiba,” TVOne’s “Behind the Movement,” Smithsonian Channel’s “Malcolm X: The Lost Tapes,” and The Africa Channels’ “Fighting for King and Empire,” along with special premiere clips for the highly anticipated film, “Black Panther.”

Xfinity On Demand’s Black Film and TV destination is a curated collection of shows, movies, music videos, and web content featuring African American actors, content creators, musicians and sports figures. With a library that includes over 800 titles including historical documentaries, biographical films, and specials; it continues to serve as the permanent place on the Xfinity on Demand platform where Black History is always on.