HUDLIN IS MENTIONED IN THE WASHINGTON POST BLACK PANTHER REVIEW 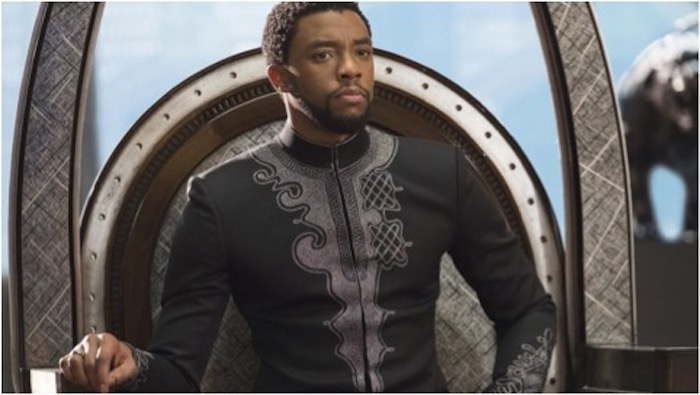 “Black Panther” is a stunning visual and cultural achievement that takes superhero cinema where it’s never gone before by not being afraid to embrace its blackness.

That may seem like stating the obvious for a movie that features an all-black cast and tells the tale of an African king ruling over a never-conquered nation, but it doesn’t begin to scratch the surface of the film’s layers.

It could have been easy to embrace the “super” aspects of this world. This is a Marvel Studios movie after all, and the primary objective of each tale in the Marvel Cinematic Universe is to continue the ongoing, connected narrative. The film could have just been all panther suits and bad guys with cannons for arms, fighting over a rare metal that is the most indestructible element on earth. That would have been the “Hollywood” thing to do. But “Black Panther” had a much bigger responsibility than that. “Black Panther” had to do it for the culture.

At the heart of the story is Africa, and specifically Wakanda, the fictional Marvel Comics-created land, and its relationship with the world. Wakanda and the Black Panther/King T’Challa (Chadwick Boseman) must take a hard look in the mirror and ask themselves if keeping their existence a secret has kept the world safer (it keeps the nation’s technological advancements out of the hands of those who would use them for harm), or if they are guilty of ignoring the black suffering that has been endured across the planet by those who descend from the African motherland.

Black rage is front and center in the film, and exuded in a spellbinding performance by Michael B. Jordan as classic comics villain Erik Killmonger. Jordan’s Killmonger uses the pain of a tragedy from his childhood as fuel as he embarks on a mission to become a one-man killing machine, powerful enough to challenge the legendary Black Panther in direct combat. As seen in the trailers for the film, Jordan eventually becomes a gold-plated Black Panther of his own, hellbent on collecting reparations from a world that hasn’t been fair to those who look like him. 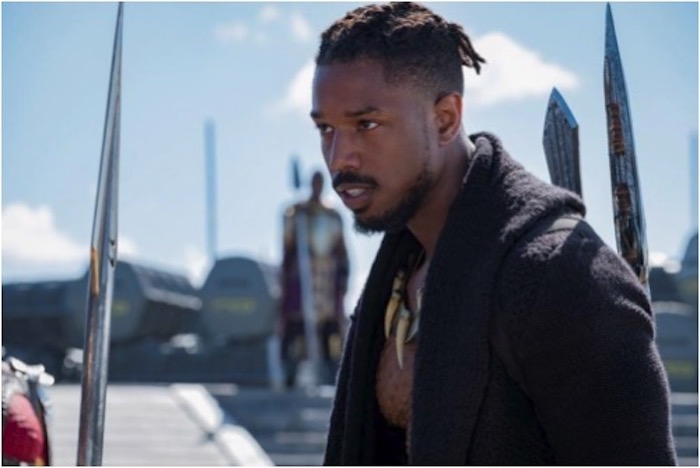 Standing in his way is a heroic stand by Boseman as the titular hero.

Boseman is a prince turned king who learns the hard way that weary is the head that wears the crown. With his royal ascension, T’Challa is given access to Wakanda’s secrets — the good, the bad and the ugly — and puts it upon himself to try to find the best path forward for his people’s future and their connection to the world from which they hide.

Boseman takes command of the role. No longer a supporting character as he was in his debut in “Captain America: Civil War,” he is instead a charismatic leading man who clenches his fist when he must and inspires always. Boseman has handled portraying real-life black legends before: Jackie Robinson. James Brown. Thurgood Marshall. And while the Black Panther is fictional, his influence on black, geek-culture fandom knows no bounds and his followers are fanboyishly passionate. This isn’t just any black superhero. He’s the black superhero. And Boseman makes the part his own.

At his side is Lupita Nyong’o, who is more than convincing as the Black Panther’s ex-girlfriend, Nakia, and the one person who can make him “freeze,” or stop in his tracks. One can only hope this is the beginning of more roles like this for the Academy Award-winning actress, a beyond-talented performer who deserves a shot at action, romance, comedy and whatever else Hollywood can throw at her. For too long, dark-skinned black actresses like Nyong’o have been limited in the types of roles they play because they don’t fit the one-dimensional template of what Hollywood thinks a leading lady should look like. Nyong’o throws punches, shoots guns and steals hearts in a role she seems born for. Sure, she’s no stranger to major pop-culture movie events — she’s a part of the “Star Wars” franchise and she’s been in “Jungle Book” — but the announcements of her casting in those movies were often dulled in the eyes of her fans because she played CGI characters. Part of the black girl magic of her performance in “Black Panther” is that we can actually see her the way she was meant to be seen. 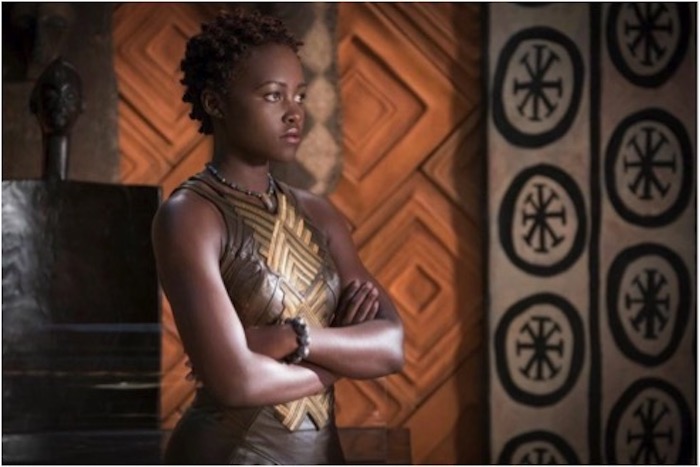 Lupita Nyong’o’s Nakia must balance duty for country with what she feels is truly best for her native Wakanda. (Marvel Studios)

In creating a new kind of superhero movie, “Black Panther” also loyally embraces its own heritage — specifically the three black writers who have left an indelible mark on the character in the pages of the comic books. The Dora Milaje, the Black Panther’s elite all-female bodyguards, are movingly led by actress Danai Gurira (who plays Okoye) and breathtaking in their dominance when protecting their king, a nod to the ’90s run of writer Christopher Priest. Shuri (Letitia Wright), T’Challa’s little sister, created by Reginald Hudlin and artist John Romita Jr., is a scene-stealer. (If Hudlin’s writing has any influence in the future, she might become a Black Panther herself.) And the revolutionary uprising that questions Wakanda’s monarchy, recently written by Ta-Nehisi Coates, is on full display and led by Jordan’s unforgettable role.

Even the Black Panther’s purple-energy, kinetically charged suit is a nod to the recent illustrations of artist Brian Stelfreeze.

It’s all there in a movie that is a one-of-a-kind experience: undeniably bold, black and beautiful.