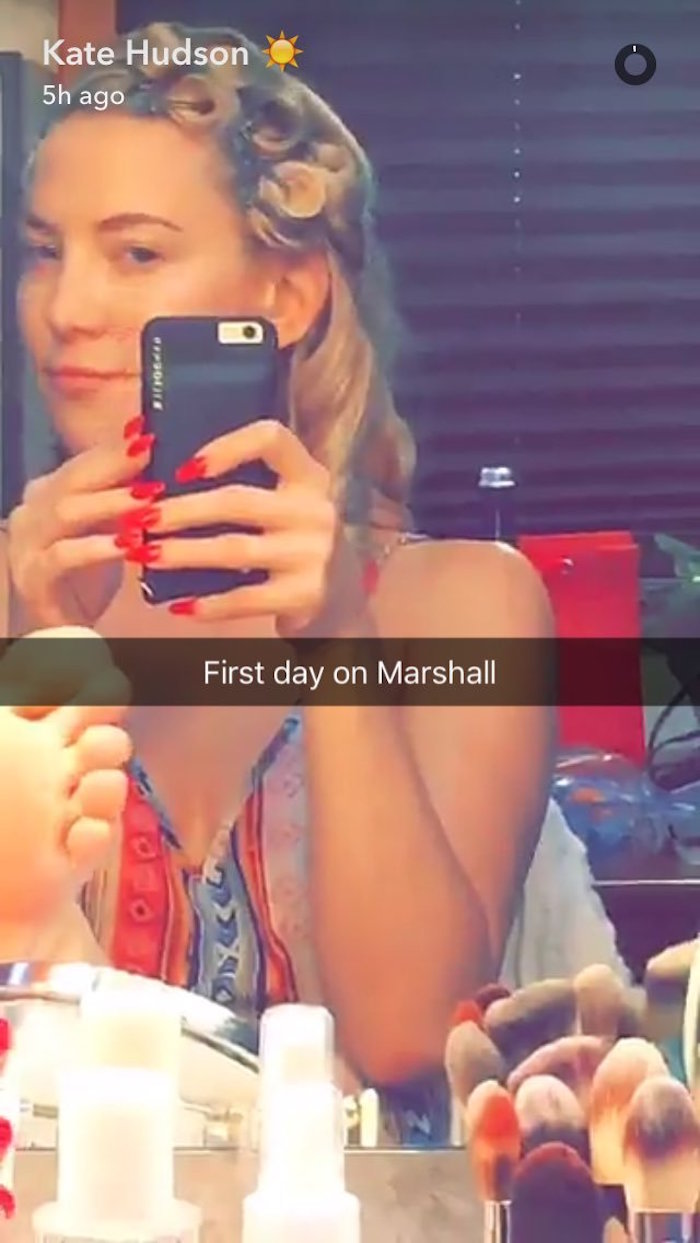 BUFFALO, N.Y. (WIVB) — Kate Hudson is getting ready to start filming her part in the upcoming “Marshall” movie being shot in Buffalo.

The Oscar-nominated actress was seen taking pictures and Snapchat videos in Niagara Falls while viewing the local sights and riding the Maid of the Mist.

Later on, a new video appeared with Hudson in the hair-and-makeup chair getting ready to go on set. The caption on the video read “First Day on Marshall.”

The movie will be released later this year.