A young Thurgood Marshall defends a black chauffeur accused of kidnapping and raping a wealthy white woman in Connecticut.

Here’s something refreshing—a great-man biopic, simply titled “Marshall,” that’s more concerned with the man in his earlier years than with the greatness to come.

You get a hint from the opening music, a breezy jazz riff that might sound insufficiently serious for a full account of Thurgood Marshall, the civil-rights attorney who won a landmark victory in the 1954 Supreme Court case Brown v. Board of Education of Topeka, and the first African-American justice of the U.S. Supreme Court. But “Marshall” doesn’t try to cover the glory days of a magnificent career.

Set in 1941, it’s focused on a real-life Connecticut trial in which the hero, a rising star for the National Association for the Advancement of Colored People, defended a black chauffeur accused of kidnapping and raping a wealthy white woman in Greenwich. And Marshall—a terrific performance by Chadwick Boseman —comes off at the outset as full of himself to overflowing. In other words, here’s an irreverent movie with a quirky ring of truth.

The film, which was directed by Reginald Hudlin, is adept at portraying the social and legal forces arrayed against the chauffeur, Joseph Spell (Sterling K. Brown), in a trial that gains national attention as an example of racism in the North. Spell has already been convicted in Greenwich’s court of public opinion. Now the judge, played by James Cromwell, and the prosecutor, played by Dan Stevens, ooze patrician empathy for the alleged victim, Eleanor Strubing (fine work by Kate Hudson ). 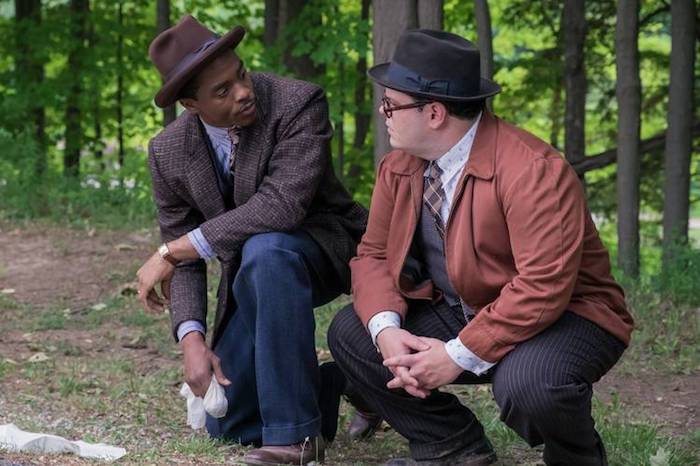 To complicate Spell’s defense even further, bad blood boils up between Marshall and his local co-counsel, Sam Friedman ( Josh Gad, in another terrific performance), who is white, Jewish and innocent of experience in criminal trials. Dismayed by the need to have another lawyer on the case, Marshall is furious, and initially helpless, when the judge warns him that anything he has to say must be expressed through Friedman; coming, as he does, from out of state, the NAACP ace may not speak in open court.

An important part of the drama’s substance lies in the two men turning their fraught relationship into a partnership that foreshadows the national alliance between blacks and Jews in the emerging civil-rights movement. But that’s an abstract description of a prickly situation slowly blossoming into an affecting and funny bromance. Before this happens, it’s a case of role reversal in which Marshall treats Friedman like a white man might treat a Pullman porter. “Would you help me with that?” Marshall asks casually on his arrival at Bridgeport station, indicating a suitcase full of law books that Friedman promptly lugs to a waiting car. Once comity prevails, the co-counsels are co-equals in friendship and respect. 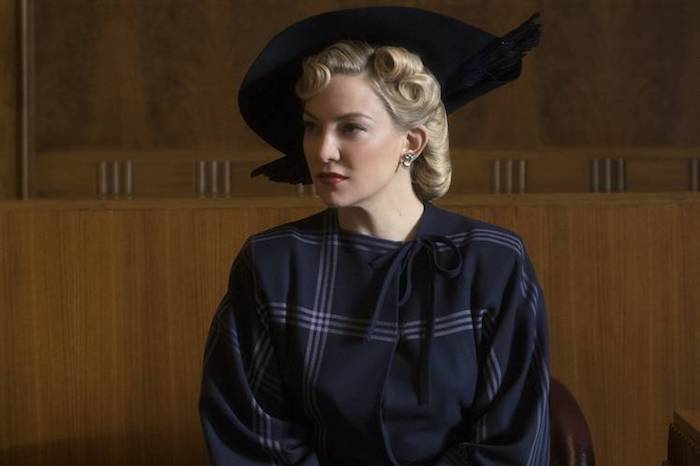 Some of the writing on the fringes of the drama can be uneven. At Minton’s Playhouse, the legendary Harlem jazz club, Marshall runs into the poet Langston Hughes and the writer Zora Neale Hurston in a scene that plays like an over-earnest outtake from “Midnight in Paris.” But the trial sequences have a distinctive, authentic tone that clearly flows from one of the two writers, Michael Koskoff, having had a decades-long career as a civil-rights attorney with specific experience in racially charged cases. ( Jacob Koskoff, his co-writer and son, has prior experience writing scripts.) And the courtroom drama, exciting in its own right, is enhanced by re-creations—Newton Thomas Sigel did the elegant cinematography—of what the accuser and the accused say happened, of what might have happened and of what probably happened in this all but forgotten case that Thurgood Marshall tried long ago. “Marshall” is a movie that surprises at every turn.