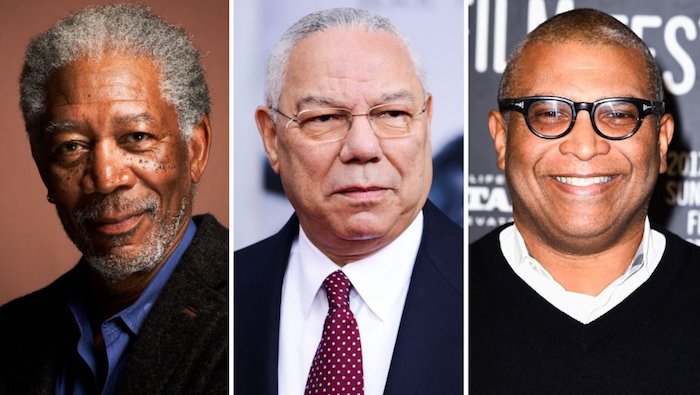 Morgan Freeman is taking on the role of former U.S. Secretary of State Colin Powell in Powell, a biopic from Ashok Amritraj’s Hyde Park Entertainment.

Reginald Hudlin, who is coming off the Thurgood Marshall biopic Marshall, will direct the drama, which will be produced by Amritraj and Lori McCreary, Freeman’s partner at Revelations Entertainment.

Ed Whitworth wrote the script that was on the 2011 Black List and is set during Powell’s tenure as Secretary of State in the George W. Bush White House.

Powell, who went from respected Army general to the first African-American Secretary of State, initially opposed the U.S.’ invasion of Iraq, not believing dictator Saddam Hussein had weapons of mass destruction. But he capitulated to hawkish voices in the White House and made a now-infamous case for war to the United Nations Security Council. The evidence he presented was later discredited, and Powell has described the event as a low point in his career.

The script tells of the lead-up to his UN presentation.

Hyde Park is in postproduction on Prey, a thriller which is a co-production with Blumhouse, and is developing an adaptation of Chekhov’s The Seagull, which will star Saoirse Ronan and Annette Bening.

Hudlin’s Marshall stars Chadwick Boseman and Josh Gad in the story of a career-defining case for the man who would one day become the first African-American Supreme Court Justice. He is repped by CAA.

Freeman and McCreary’s Revelation Entertainment has produced such films as Invictus, in which Freeman portrayed another prominent black figure, Nelson Mandela, and is behind such shows as CBS’ Madam Secretary, which is now in its fourth season, and NatGeo’s The Story of Us With Morgan Freeman.

Freeman, repped by CAA, last appeared on the big screen in the crime caper comedy Going in Styleand will appear in Disney’s upcoming fantasy The Nutcracker and the Four Realms.