Not Just A Warrior: T’Challa’s Sister Shuri Has Been Re-Written As A Brilliant Inventor In ‘Black Panther’ 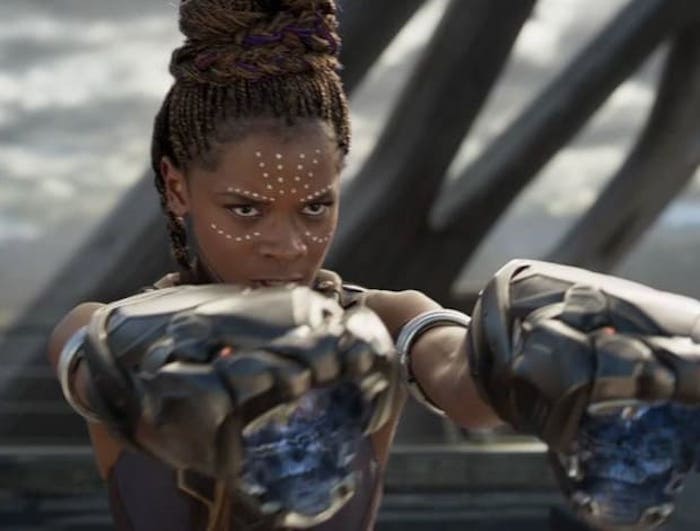 By Tom Bacon, writer at CREATORS.CO

The hype is building for Black Panther, a movie that promises to be the most diverse superhero film to date. In a stunning cast of award-winners and scene-stealers, one name in particular is rising to prominence: Letitia Wright, who will play Black Panther’s sister Shuri. In the comics, she’s a popular character who ultimately became the Black Panther when T’Challa was forced to stand aside. But, as much-loved as she may be, it seems that Shuri is being subtly rewritten for her #MCU debut. Let’s take a look at the role this exciting new character is set to play…

In a recent exclusive interview, Letitia Wright gave us just a little insight into the character of Shuri. She told The Interview Magazine:

“She’s princess of Wakanda, but also she designs all of the new technology there. She has an innovative spirit and an innovative mind, and she wants to take Wakanda to a new place. Also, she has a great fashion sense, better than mine. She’s so vibrant; a beautiful spirit, but also so focused on what she does. And that’s good for other people to see, especially for young people to see, because it’s like, “Look, there’s a young black girl who loves technology and she’s from Africa.” It’s something refreshing.”

Created by Reginald Hudlin and John Romita, Jr. back in 2005, Shuri was conceived as a warrior-woman who coveted the mantle of the Black Panther. In fact, she trained for years in order to defeat the previous Black Panther, her uncle S’yan, but was beaten to it by her brother T’Challa. It was only when Shuri was drawn into battle for the first time that T’Challa began to take her combat skills seriously, training Shuri for war. Years later, when T’Challa was left in a coma, she’d take his place for a while as the female Black Panther.

Although T’Challa’s rise to power has been adapted for the MCU, we have no way of knowing how much of Shuri’s character arc will be retained for Black Panther. Whatever the case may be, though, the film’s certainly rewritten Shuri a little; she’s a scientist and a dreamer, an expert in the advanced technology of Wakanda. In fact, Letitia Wright describes her as the one who creates the Black Panther’s unique and distinctive weapons.

It’s one thing to create weapons, of course; it’s another to guarantee that they’ll be used responsibly. Andy Serkis is set to reprise his role as Ulysses Klaue, and that dovetails worryingly with those stunning weapons Shuri is seen wielding in the trailer. In the comics, the villainous Klaw gains a vibranium weapon very similar to Shuri’s; it’s grafted on to his arm, in place of a lost hand.

I fear that Black Panther will see Shuri’s weapons used for ill — and the power of vibranium harnessed by the enemies of Wakanda.

What Could The Future Hold For Shuri?

Letitia Wright’s comments are absolutely fascinating, and hint at the character’s future directions — especially given she’s confirmed to appear in Avengers: Infinity War. It seems that she’ll remain an active scientist in the MCU, adding a wonderful element of diversity to the “science bros” of Stark and Banner.

Perhaps the most intriguing question, though, is whether or not Shuri will follow the same path she did in the films. Will we see her join T’Challa’s side as a fellow Black Panther? Will Shuri become one of Earth’s Mightiest Heroes herself? She did in the comics, and in fact played a major role in successfully repelling the invasion of Thanos’s Black Order. Only time will tell!

As you can see, the MCU version of Shuri has been subtly altered. But, excitingly, that only sets Letitia Wright up for an even greater role in the future of the MCU. Who knows? She could yet become another Black Panther…