LOS ANGELES, CA (June 3, 2015) – The NAACP and TV One jointly announced today that industry veterans Reginald Hudlin and Phil Gurin have signed a three-year deal to continue as executive producers for the NAACP Image Awards.  The 47th NAACP Image Awards will be nationally telecast live on TV One on Friday, February 5, 2016 as a two-hour special from the Pasadena Civic Auditorium.  The live telecast will also include a one-hour live pre-show from the star-studded red carpet. 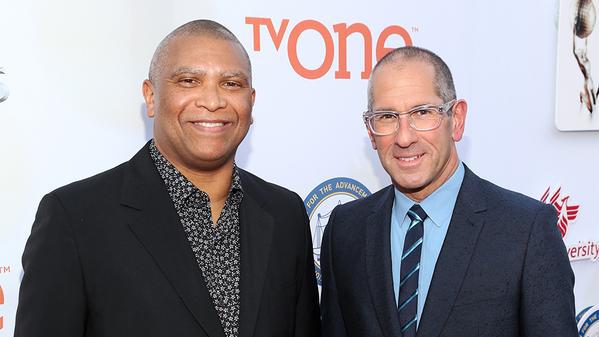 “We are elated to have the opportunity to continue to produce the NAACP Image Awards for TV One and have great plans and ideas to raise the bar even higher,” stated Reginald Hudlin and Phil Gurin, Executive Producers.  “Our ultimate goal is to deliver an entertaining show that honors the best in our community – we are already working on securing today’s leading talent to be part of the next broadcast.”

The NAACP Image Awards celebrates the accomplishment of people of color in the fields of television, music, literature and film and also honors individuals or groups who promote social justice through creative endeavors.  The multi-cultural show is one of the most respected events of its kind and is well attended by many of the top names in the entertainment industry.  This year’s telecast included host Anthony Anderson and stellar talent including Oprah Winfrey, Will Smith, Taraji P. Henson, Gabrielle Union, Kerry Washington, Tracee Ellis Ross, David Oyelowo, Spike Lee (President’s Award recipient), Laverne Cox, Octavia Spencer, and more.  The Chairman’s Award was bestowed on former U.S. Attorney General Eric Holder.

For all information and latest news, please visit the official NAACP Image Awards website at naacpimageawards.net