From THE POP CULTURE COMPANY

Being a huge Milestone fan as a kid, I never miss this panel, and this year it was a very special event. Milestone announced earlier in the day that when they return to publishing, they will once again be partnering with DC Comics, as they did in the 90’s.

Milestone founders Derek Dingle and Denys Cowan were on the panel, along with the influential former President of BET, Reggie Hudlin. Cowan and Hudlin have been creators and animators for years, and Dingle is the business savvy one behind the scenes.

You can read the live tweets on our Twitter account, but I do want to mention that there was a very touching moment where the room erupted in applause for the late Dwayne McDuffie and his contributions to not just the comic book industry, but to pop culture as a whole. The entire room was on its collective feet, along with the panelists and host, Orlando Jones.

Milestone announced that Jim Lee will be drawing a book for Milestone, and Geoff Johns will be writing one. Cowan spoke of a project he is working on with living legend Bill Senkiewicz (which I confirmed with Sienkiewicz personally later in the evening, and spent about 15 minutes talking to him about the work he did on Dazzler in the 80’s), as well as other creative announcements. They spoke about merchandise in the form of action figures, statues and more.

Late in the panel, Geoff Johns snuck into the room and joined them on stage! Johns praised Milestone for their importance in shaping the industry and pretty much fanboyed out over being able to be a part of this new iteration of Milestone. Cowan confirmed that this will be a reboot of the Dakota Universe, and will now be known as Earth-M, and Johns confirmed that there will be a Milestone line of action figures coming out very soon.

The project that everyone is most interested in is Static (Static Shock), but it was the one thing that none of them would speak about. It is obviously being guarded very closely, and will no doubt have a lot of marketing put behind it once we see it again.

I asked the panel if the Dakota Universe would be independent of DC mandates, and if their editorial would operate autonomously from the parent company, to which they said that will absolutely be the case. The panel (including Johns) also confirmed that the Dakota Universe will not intersect or crossover with the DCU proper, at least not at first, as they want Earth-M to carve out its own place in the Multiverse. Oddly enough, in the Multiversity panel earlier today, Morrison mentioned that he purposely left seven worlds untouched (though they were mentioned in his series) so that other creators could hopefully come along and build on what he started with Multiversity. Hudlin mentioned that Earth-M is one of the seven worlds that Morrison left open for new creators to play with.

Sometimes things come full circle, you just have to be in the right place and time to put the pieces together, and I happened to be lucky enough to do that today.

Here are some pics from the amazing Milestone panel, I can’t wait to see what is next for this legendary publisher. The Milestone guys are the nicest, most accommodating gentlemen you will ever meet in comics. They struggled to build this thing, and they are honoring Dwayne McDuffie’s memory by bringing the Dakota Universe back the right way. They care about their creations, the business and most of all, their fans. Being in the Milestone panel makes you feel like part of their family, and these guys are going to bring the house down once again! 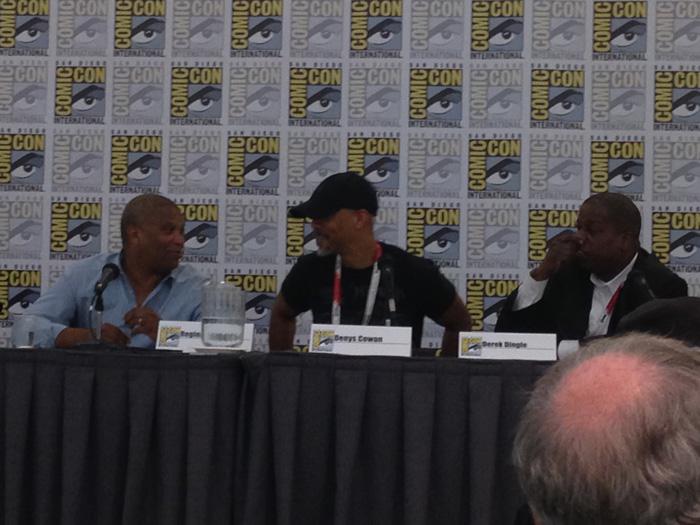 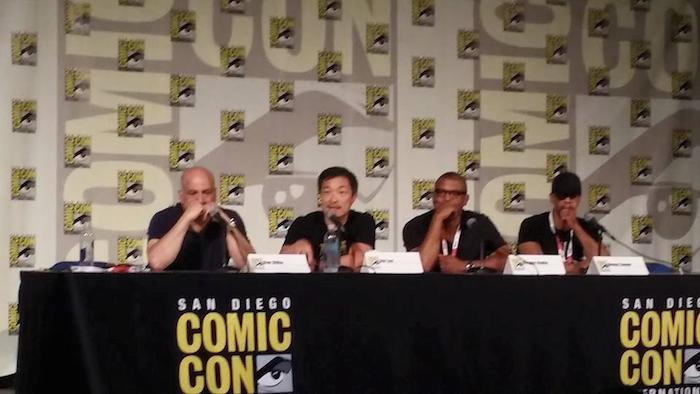 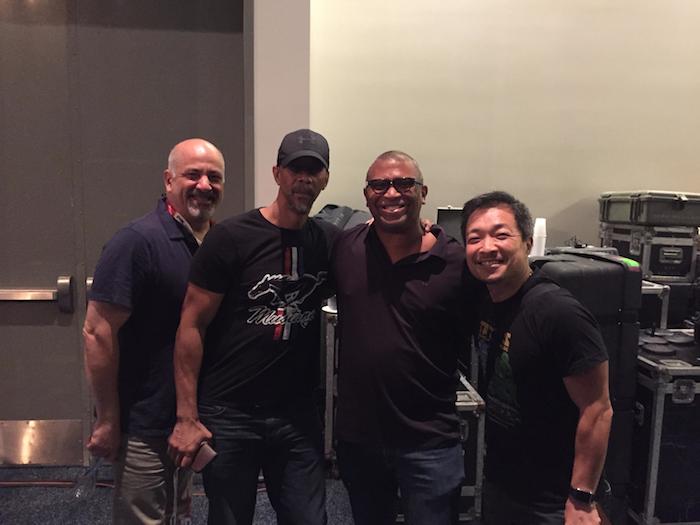 Dan, Denys, Reggie and Jim after the co-publisher’s panel.