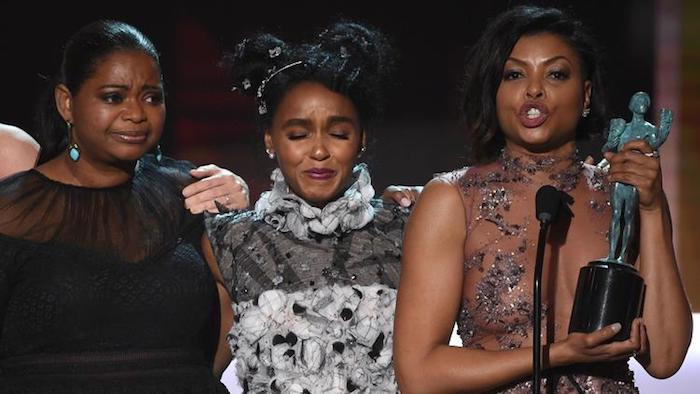 The 48th NAACP Image Awards will have a slew of Oscar, Emmy and SAG award nominees and winners handing out trophies at the Pasadena Civic Auditorium on Feb. 11.

Taraji P. Henson, Octavia Spencer and Janelle Monáe of “Hidden Figures,” Sterling K. Brown of “This Is Us,” “Insecure” producer-actress Issa Rae and Mykelti Williamson of “Fences” are among the first group of presenters revealed, as are Image Awards nominees Mike “Lucas Cage” Colter and Trevor Noah, host of “The Daily Show.”

Anthony Anderson, star of “black-ish,” will host the live two-hour broadcast, which airs at 9 p.m. on TV One, and a red carpet pre-show featuring host Nischelle Turner kicks off live at 7:30 p.m. Both shows are tape-delayed on the West Coast.

The NAACP Image Awards celebrate the accomplishments of people of color in TV, music, literature and film and also honor individuals or groups who promote social justice through creative endeavors.

Other presenters are yet to be announced, as is this year’s NAACP Entertainer of the Year. Reginald Hudlin and Phil Gurin are the Executive Producers. Co-Executive Producers are Kimmie H. Kim and Byron Phillips. Tony McCuin is the Director and Robin Reinhardt is the Talent Producer.