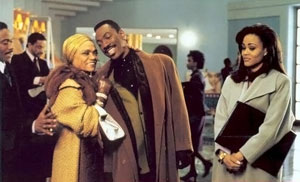 How is Eddie Murphy playing a role in a new push to diversify ad agencies? Former agency account exec Lincoln Stephens is both an example and an evangelist of the “Boomerang” effect. Stephens abruptly quit his Chicago agency job, moved back to his hometown of Dallas and, on a shoestring budget, launched a program to recruit, train and motivate talented African Americans for advertising agency jobs.