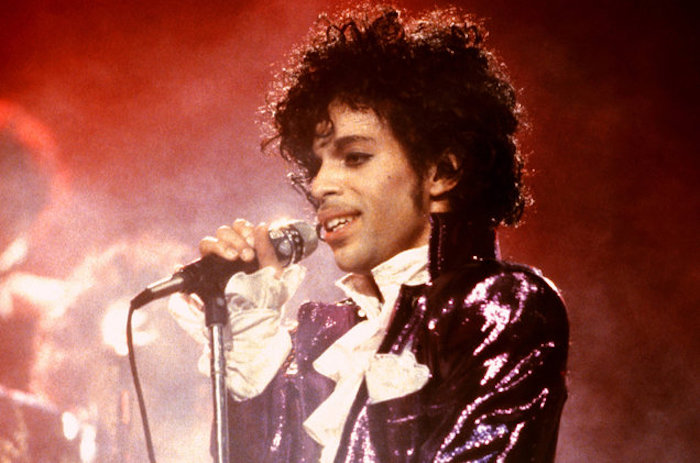 While co-hosting a special screening of Prince’s Purple Rain in association with the Academy of Motion Pictures Arts and Sciences earlier this week, writer/director Reginald Hudlin hinted that last night’s (Aug. 31) “The Black Movie Soundtrack II” at the Hollywood Bowl would be “the sickest show ever.”

And the concert did indeed notch some memorable high notes as Common, Earth, Wind & Fire, Kenneth “Babyface” Edmonds, Gladys Knight, Charlie Wilson and more brought to life the rich, diverse and vibrant legacy of black cinema and its music. Or as AMPAS president Cheryl Boone Isaacs so aptly pointed out before the show started, “We’re here to celebrate the ways in which black movie music matters.”

Here are five top moments from the show:

Best joke of the night: The first movie spotlighted was 1941’s Hellzapoppin’, in particular a frenetic dance sequence—a precursor to Dirty Dancing and Footloose—featuring black dancers Slim Gaillard, Slam Stewart and Whitey’s Lindy Hoppers doing the Lindy Hop. Host Craig Robinson later explained the sequence was filmed as a self-contained segment. That way, the segment could easily be cut out of the movie when it was shown to Southern audiences. To cheers and whoops from the audience, Robinson said, “Today, we call them Trump supporters.”

Knight sings Claudine: Gladys Knight claimed the evening’s first standing ovation with a suite of songs from the 1974 film starring Diahann Carroll and James Earl Jones. Curtis Mayfield produced the soundtrack, which included six songs he wrote for Knight & the Pips. Knight’s searing and soaring vocals on “Make Yours a Happy Home,” “On and On” and, especially, “The Makings of You” took the worshipful audience to church and back.

Maurice White remembered: Earth, Wind & Fire members Verdine White, Philip Bailey and Ralph Johnson saluted the group’s founder/visionary while reprising a trio of movie-featured songs: “Got to Get You Into My Life,” “September” and “That’s the Way of the World.” The latter turned into a Bowl sing-along, set off by Bailey’s on-point falsetto and Paul Jackson Jr.’s standout guitar solo.

Long live Prince: Prince fans in the house knew exactly what was up when the Hollywood Bowl Orchestra and music director/bassist Marcus Miller’s band (including Jackson Jr., John Beasley and Kris Bowers) delivered a poignant take on “Venus de Milo” from 1986’s Under the Cherry Moon. Next came scream and shout-drawing performances “Take Me With You” (a duet with Charlie Wilson and Lalah Hathaway), “When Doves Cry” (movingly rendered by former Prince backup singer Chance Howard), “If I Was Your Girlfriend” (Alice Smith) and Wilson returning for a foot-stomping turn on “Baby, I’m a Star.” But it was Hathaway, R&B legend Donny Hathaway’s Grammy-winning daughter, whose sonorous vocals brought everyone to their feet (phone flashlights in tow) with a mesmerizing cover of “Purple Rain.”

A moment of “Glory.” The show’s fitting finale featured Common and Smith performing “Glory,” the Oscar- and Grammy-winning song written and performed by Common and John Legend. “It didn’t get all the praise it deserved,” said Robinson of the original song featured in Selma. “But its music reaches into our souls with honesty and truth.”

Rounding out “The Black Movie Soundtrack II” lineup: a revisit of Babyface’s movie music resume with the man himself, Judith Hill and Hathaway, including songs from Boomerang (“Love Shoulda Brought You Home”) and Waiting to Exhale (“Exhale [Shoop Shoop]”). Full Force paid homage to the ‘90s with “Ain’t My Type of Hype” from the Hudlin-directed cult classic House Party.

Created and produced by Hudlin, Grammy winning-musician Miller and the Los Angeles Philharmonic Association in association with AMPAS, “The Black Movie Soundtrack” series launched in 2014 with Robinson as host. Hudlin, who produced this year’s Oscar telecast, said he’s already planning a third installment. “I’ve still got 100 songs to go,” he told a cheering Hollywood Bowl audience.