*From songwriter of major sellers for Luther Vandross (“Bad Boy/Having a Party”) and David Sanborn (“Chicago Song”) to producer of Miles Davis’ last classic albums (Tutu and Amandla) to scoring movies (“Boomerang”) and television (“Everybody Hates Chris”) to Grammy-winning performer and bandleader in his own right, Blue Note recording artist/bass master Marcus Miller long ago proved himself as a musician’s musician. This month at the Hollywood Bowl, the in-demand chameleon will be taking the stage twice. 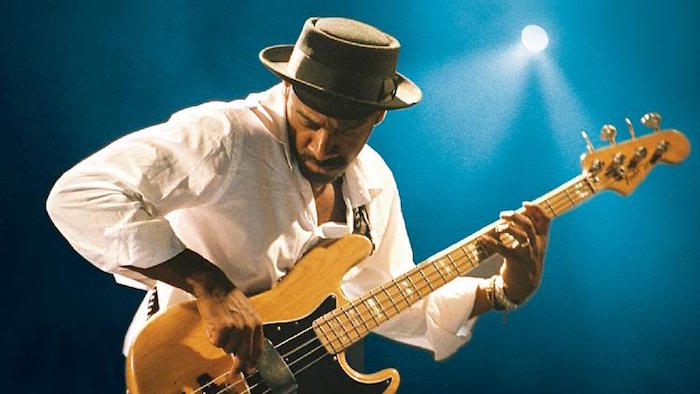 Scott: That’s essentially what happened after you and Reggie Hudlin did “The Black Movie Soundtrack” show two summers back at The Bowl. Would you consider that first installment a success?

Marcus: I don’t think I’ve ever gotten as emotional a response to a show…emails, texts…people just saying “thank you.” That night was more than music. It was cultural validation for the history of Blacks in motion pictures that has gone on over the decades. We covered a broad spectrum and got great responses. 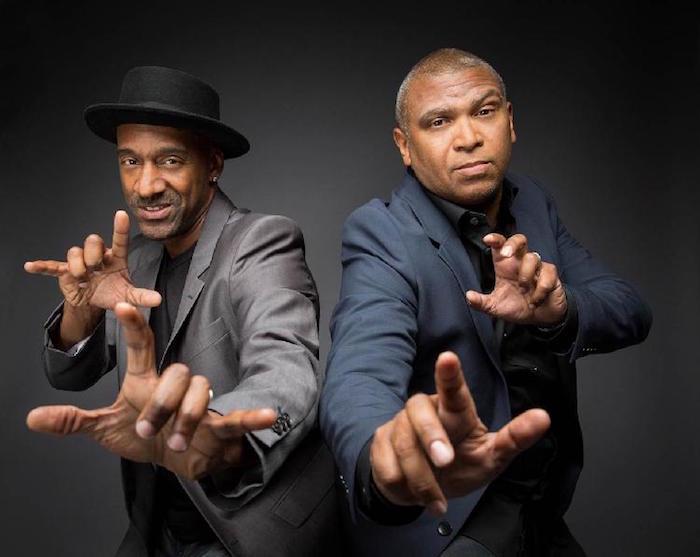 Scott: Where did the idea come from and did you start out aiming for the first one to be done at a venue as large and prestigious as The Hollywood Bowl?

Marcus: It was Reggie’s idea. He said maybe we can do it at the Motion Picture Academy and then maybe a few years later at The Bowl. We considered ourselves starting small. All of a sudden, Reggie called me and said someone wanted to do it at the Hollywood Bowl as part of its summer “Jazz at the Bowl” series. So we had to ramp it up. It was where we were headed so we said let’s make it what we always envisioned it to be! In the beginning, there were a lot of phone calls explaining to people exactly what we were doing – a multi-media presentation of live music synced with classic movie clips played by a band with orchestra plus guest vocalists…with a couple of short breaks to speak a little about the history. The process involved getting with Laura Connelly (Director of Presentations).

The hardest part was paring it down. There was so much music. We didn’t want to just do recent movie music. We wanted to cover as much of the history as we could. We had clips of the Nicholas Brothers all the way up to Whitney Houston in “The Bodyguard” and Public Enemy in “Do The Right Thing.” And you know I had to have Isaac Hayes (“Shaft”) and Curtis Mayfield (“Superfly”) in there! It was great for young people to see and glorious for older folks to remember.

Scott: How was it logistically incorporating the multi-media elements?

Marcus: We partnered with the Academy of Motion Picture Arts and Sciences which made it possible for us to play the films in conjunction with the Hollywood Bowl Orchestra. Plus the Bowl has been doing the film syncing thing for years on other music and movie shows. So we all had our ear buds in. We had to make the arrangements come in at precise times. It wasn’t a big deal for me because I spent 20 years as a session musician cutting commercial jingles in the morning then record sessions at night.

Scott: How do you plan to transcend what you did before?

Marcus: Well, first of all we’ve got Earth, Wind & Fire which should be really interesting because a lot of the music they did for movies became bigger than the actual movies! (“Got to Get You Into My Life” from “Sgt. Pepper’s Lonely Hearts Club Band” and “Boogie Wonderland” from “Roller Boogie”). People forget that all the music for “That’s The Way of The World” was originally for a movie.

We wanted Gladys Knight last year but she had a scheduling conflict. You know we’ve got to do some stuff from “Claudine.”

We’re going to do “A Tribute to Babyface” and “A Tribute to Prince” (they played “Purple Rain” the first year featuring Princess, the Prince Tribute duo led by comedic actress Maya Rudolph). Full Force is going to take us back to “House Party” which was groundbreaking for Hip Hop dance in film. And we have some surprises from Charlie Wilson, Lalah Hathaway, Common and a great, relatively new singer named Alice Smith who is quite unusual. The band includes Paul Jackson, Jr. on guitar, (recent Emmy-winner) John Beasley on keyboards along with Kris Bowers and Louis Cato who both used to play in my band on keys and drums, and percussionist Ramon Yslas. It’s gonna be serious!

And because many will be seeing the show for the first time, we’ll also revisit a few things from the first show like the Nicholas Brothers. Our host is comedic actor Craig Robinson (best known for the TV shows “Arrested Development,” “Last Comic Standing,” and who also played Maceo Parker in the James Brown biopic “Get On Up”) who will keep it fun and movin’.

Scott: What is one thing you’d like audiences to know about music and movies?

Marcus: People don’t realize the difference between a score and a soundtrack. A score is instrumental music cues that guide you emotionally through a film. A soundtrack is songs that you might hear slotted into specific scenes. What I loved about Black movie music in the `70s is that’s when the soundtrack and the score were combined. The emotional music we heard at the movies was on the album. You could visualize and relive the movie while listening to the albums.