1. THE POPULARITY OF BLACK GODFATHER

2. THE CRITICAL AND COMMERCIAL SUCCESS OF BLACK MOVIE SOUNDTRACK AT THE BOWL

5. I DIRECTED A COUPLE OF HOURS OF TV AS WELL

6. THE SUCCESSFUL TEST SCREENING OF EMPEROR

8. OUR TRIP TO HARVARD

Here’s a list of songs that capture the mood lyrically while keeping a groove going that keeps heads nodding without disrupting digestion.

Here’s a man testifying is gratitude for a second chance at life.  And if you haven’t heard the song, you will be singing the chorus by the second verse.

A song about Mama cooking a gang of food for the family.  And it’s Boyz II Men.  No brainer to be on the list.

A grown folks classic.  A perfect example of the positivity that was a highlight of Philadephia International songs.

Jill does her take on the family get together, with a great comedic tone and a lovely bounce of a groove.

HARVEST FOR THE WORLD – The Isley Brothers

You can’t enjoy abundance without taking a moment to think of those who don’t have it.  Also from The Isley Brothers:  CARAVAN OF LOVE, which could also be on this playlist.

BE THANKFUL FOR WHAT YOU GOT – William DeVaughan

This smooth-as-baby-hair jam gets the to heart of the matter – whatever you have, appreciate it.

I WANT TO THANK YOU – Alicia Myers

This disco anthem of the “I Will Survive” category straight up gives thanks to God, so it’s also on brand for Thanksgiving.

This is an obscure track from late in his career, but Sly Stone has written many songs that are “on theme” like THANKFUL AND THOUGHTFUL and THANK YOU FOR TALKING TO ME AFRICA.  Play them all!

Underrated hippie hip hop who delivered the beautiful DIE WITHOUT YOU for my BOOMERANG soundtrack back in the day.  I just love this song and how it extends the boundaries of what hip hop can be. 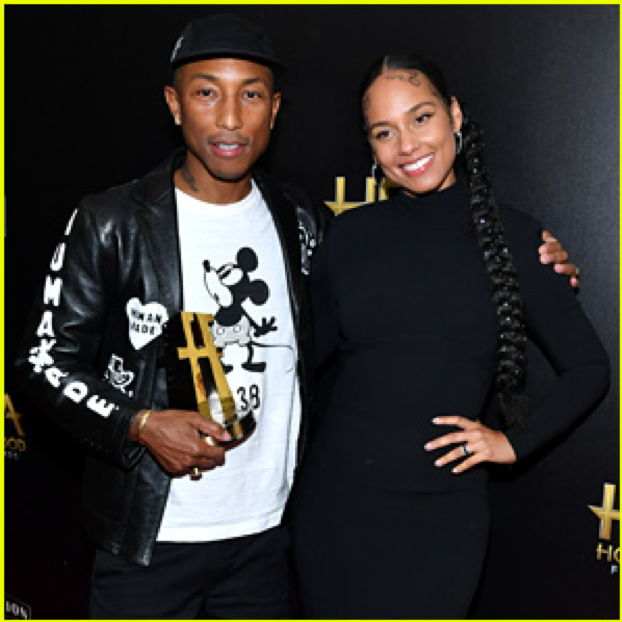 Thirteen-time Grammy-winning artist and producer Pharrell Williams on Monday performed a new original song, “Letter to My Godfather,” for Soundcheck: A Netflix Film & Series Music Showcase presented by Billboard and The Hollywood Reporter.

Williams wrote the song along with his Neptunes producing partner Chad Hugo for Netflix’s original film The Black Godfather, which follows the life of music executive Clarence Avant. Featuring Williams’ Auto-Tuned vocals backed by a choir, the track honors Avant and the music industry greats he was responsible for ushering in.

“The people who gave me my opportunities were people that he walked into the game,” Williams told Billboard during a post-performance Q&A. “Teddy Riley, Sean ‘Puffy’ Combs, these were, and still are, giants in our industry.”

The Black Godfather is currently available for streaming on Netflix.